'The brutality of the sexual abuse of minors and vulnerable adults is a widespread tragedy that affects every corner of society'
Nov 22, 2019 5:41 PM By: Glacier Media 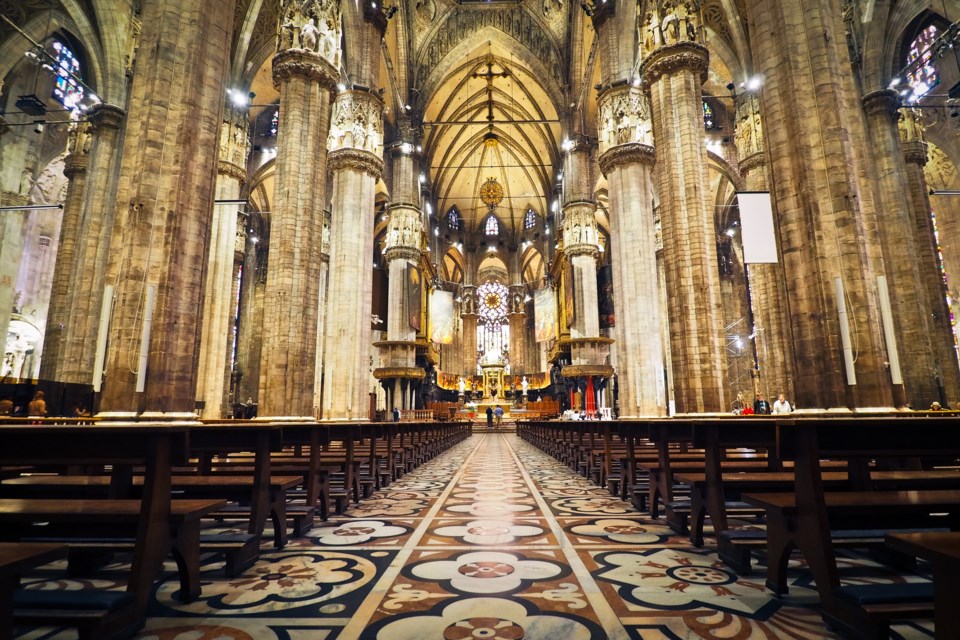 A file review of sexual abuse by Catholic clergy within the Archdiocese of Vancouver has uncovered 36 cases, most of them involving minors. (via Shutterstock)

A review of files of Catholic clergy sexual abuse in archdiocese has uncovered 36 cases, most involving minors, the Archdiocese of Vancouver said in a report released Nov. 22.

And the names of Roman Catholic priests believed to have been involved in the sexual abuse of minors are being turned over to non-Catholic investigators.

Of the 36 cases, three involved priests currently in the ministry, said the report, which made 13 recommendations. Nine priests are named in the report.

The diocese is not aware of any priests currently working in other dioceses who have not been charged or who have been convicted of having abused children or adults, the report said.

No priests convicted of abuse are working in the diocese, the report said.

The report indicates that cases were being reported while Adam Exner was Archbishop of Vancouver. Exner was on the stand recently, as part of a civil suit dealing with an incident while he was the bishop in Kamloops.

Archbishop Michael Miller said, “the brutality of the sexual abuse of minors and vulnerable adults is a widespread tragedy that affects every corner of society.”

He asked for forgiveness as the archdiocese works to deal with the issue.

“Nothing can undo the wrong that was done to you, I nonetheless wish to offer each of you my heartfelt apology for the trauma, the violation in body and soul, and the sense of betrayal and abandonment by the Church that you feel,” Miller said in a pastoral letter.

“For those occasions when we failed to protect you or when we were more concerned with the church’s reputation than with your suffering, I am truly sorry and ask for your forgiveness as I strive to make amends and bind your wounds,” Miller said.

He said it has taken the global Catholic Church far too long to address the “particularly devastating consequences when that abuse is perpetrated by a priest, whom the faithful hold in a position of trust.”

The review work was done by a committee appointed by Miller last year following disclosures of global sexual abuse involving clergy 12 complaints of sexual abuse dating back to the 1970s and '80s.

“Three of these allegations were not historical, however, but involved the activities of priests who were currently in ministry,” the report said. “These priests were immediately removed from ministry while the allegations were investigated. Only one has been allowed to return to ministry, once it was determined that his case did not involve sexual abuse.”

The report said a devastating realization in these historical cases was that victims who came forward had to sign confidentiality agreements, which meant that their stories were not made public.

“When abusers’ names are made public, other victims feel able to come forward,” the report said. “Thus, there are still people in this Archdiocese who continue to suffer in silence, keeping unhealthy secrets to themselves, living in shame that is not theirs to hold, believing they are alone and believing they are the only ones who have suffered such violation and degradation at the hands of a particular priest. This has to stop, and this has to stop now.”

The report said, “the archdiocese has dealt with a number of cases that are not mentioned here. These courageous claimants who contacted the archdiocese were heard and believed. The fact that these cases are not dealt with in this report does not mean they were unfounded. Each file will be reviewed with care by the newly appointed independent lawyer-investigators.”

Among other recommendations, the committee suggested listing convicted, admitted and credibly accused clergy who served or resided in the archdiocese.

The archdiocese is working on a new policy integrating report recommendations with Protecting Minors from Sexual Abuse issued by the Canadian Conference of Catholic Bishops.

Former Kamloops priest molested woman seeking help after father's death, court hears
Oct 8, 2019 3:45 PM
Comments
We welcome your feedback and encourage you to share your thoughts. We ask that you be respectful of others and their points of view, refrain from personal attacks and stay on topic. To learn about our commenting policies and how we moderate, please read our Community Guidelines.