Barge runs aground at Quadra Island; no injuries, no signs of pollution 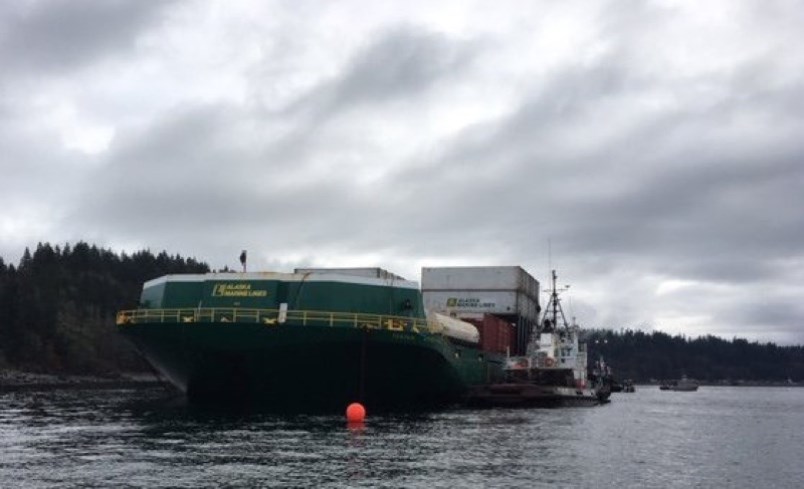 A barge carrying rail cars and empty containers ran aground on Quadra Island Saturday night but there are no signs of pollution, the Canadian Coast Guard said.

It was being towed by a tugboat and ran aground on the southwest coast of the island, north of Cape Mudge, shortly before 8 p.m. The six people on board the tugboat were uninjured and the tugboat was not damaged.

The Coast Guard initially said the owners would attempt to refloat the barge at high tide on Sunday – around 3:20 p.m. But an assessment determined the hull of the barge was compromised and the Coast Guard now says there will be no effort to move it Sunday night.

The Coast Guard said they’re working closely with the owners and Transport Canada “to ensure an appropriate response.”

The area is a popular dive site.