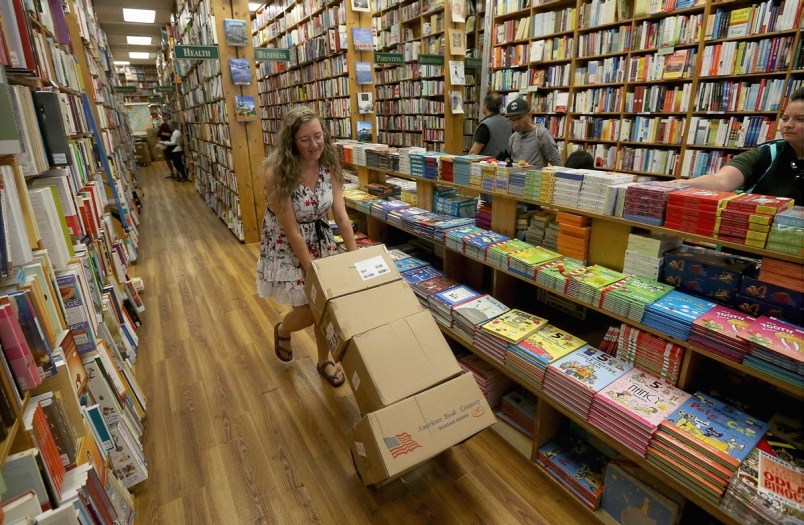 Alli Cliff pushes a trolley full of boxes in August, as Russell Books began moving an inventory of about one million books to new store across the street. (via Adrian Lam)

Russell Books is attempting to set the first-ever record for the tallest stack of Guinness World Records books.

An official adjudicator from Guinness World Records is expected to attend.

The best-selling Guinness World Records has been publishing its yearly lists of extremes and achievements since 1955.

Russell Books has collected many copies since opening a store for used and new books in Victoria in 1991.

The event was planned to celebrate the move across Fort Street to the new location, which is nearly complete. They've had to move around 1 million books.