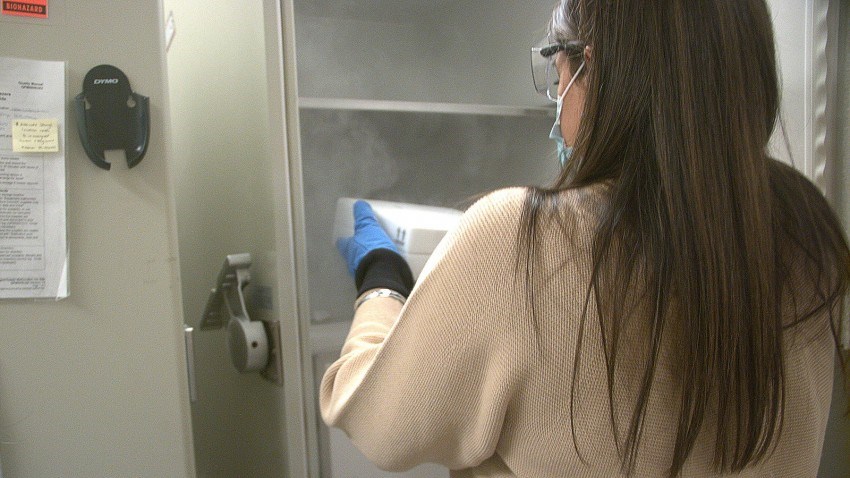 B.C. is on track to receive 28,275 previously guaranteed doses of the Pfizer Inc. and BioNTech SE vaccine this week.

Next week will be a different story.

The federal government revealed Friday that Pfizer is reducing COVID-19 vaccine deliveries to Canada temporarily in a bid to ramp up production capacity for European customers.

And while the pharmaceutical giant will meet its delivery obligations for this coming week, B.C. provincial health officer Dr. Bonnie Henry cautioned on Monday (January 18) that the delays will be felt beginning the final week of January and continue for the following two weeks after that.

“The supply comes back up again very quickly,” Henry said during a media briefing.

She said the shortfall will add up to 60,000 doses over three weeks — or about half of what was expected — before being made up in March.

The federal government estimates the total shortfall will total about 650,000 doses.

“We know the process was going to be changing and changing frequently,” Henry said, describing the delays as a “setback” for the province.

“We have been able to rearrange and look at the process that we have to make sure that we are continuing [to administer doses].”

Henry said the province’s focus will continue to be on immunizing residents and staff at long-term care facilities as well as those who are in key roles at acute care facilities.

She said B.C. will end up administering more first doses than originally planned [both the Pfizer and Monderna Inc. vaccines require two doses] during the first three months of its vaccination strategy.

So far 11,432 more British Columbians have been vaccinated since the province’s last update on Friday, totalling 87,346 vaccinations to date.

Weekend vaccinations averaged 5,716 per day — down from the 6,168 British Columbians vaccinated in the 24-hour period prior to Friday’s update.

Henry noted that Pfizer delivered 28,275 doses last week — the same number expected for this week — while all of Moderna’s 18,400 doses that were delivered last week arrived on Friday.

She said all of the Moderna doses were subsequently distributed across the province over the course of the weekend.

More than 790,000 doses of the Pfizer and Moderna vaccines are still expected to be delivered by the end of March.

Another 2.64 million doses are then expected to arrive in the province between April and June.

Those spring estimates do not include any vaccines that have not yet been approved by Health Canada.

For example, more doses could arrive in B.C. in the spring if regulators were to approve the AstraZeneca plc. vaccine, which was given the green light in the U.K. last month.