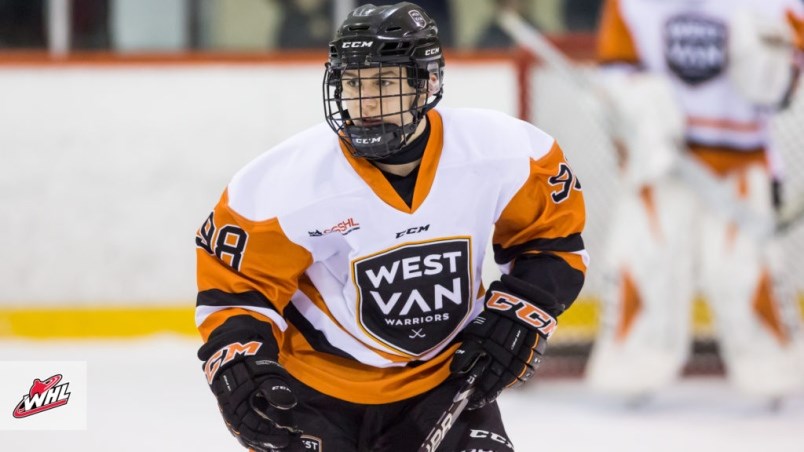 North Vancouver's Connor Bedard has been granted exceptional status to play in the WHL as a 15-year-old next season, the first player ever to earn that designation. (via Garrett James/CSSHL)

The Western Hockey League (WHL) has a player being granted exceptional status and early entry into the league for the first time.

BC Hockey announced Tuesday (March 24) that Connor Bedard of North Vancouver has received the status and will be eligible to play in the WHL as a 15-year-old next season.

The exceptional-player rule was introduced in 2005 for Canada's three major-junior hockey leagues. Bedard, a forward, becomes the seventh player to receive the status.

BC Hockey and Hockey Canada combined on the ruling for Bedard.

They say the status "is only granted to a player whose ongoing development is more likely to be significantly enhanced by playing in the CHL as a 15-year-old than by participating in his designated age division next season."

Bedard will be eligible to be picked in the WHL bantam draft on April 22.

"Throughout the evaluation process, Connor has displayed the tremendous potential he has both mentally and physically to be able to be granted exceptional status," BC Hockey chief executive officer Barry Petrachenko said in a statement.

‘Unprecedented’ coalition demands end to B.C. salmon farms
Sep 25, 2020 2:05 PM
Comments
We welcome your feedback and encourage you to share your thoughts. We ask that you be respectful of others and their points of view, refrain from personal attacks and stay on topic. To learn about our commenting policies and how we moderate, please read our Community Guidelines.