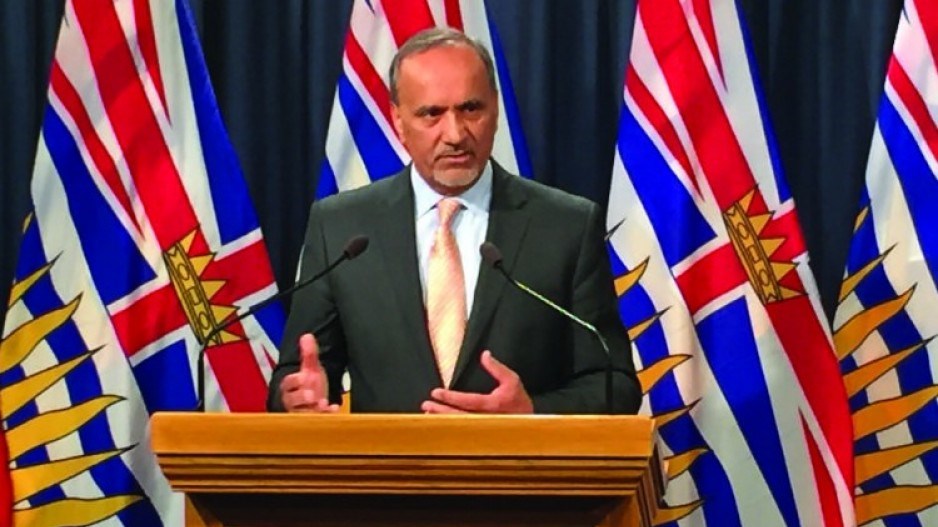 B.C. Minister of Labour Harry Bains immigrated to Canada in the 1970s from the Punjabi region of India. (via B.C. Government)

B.C. Labour Minister Harry Bains on Oct. 23 introduced a bill to protect temporary foreign workers – a piece of legislation that will require employers to be registered and recruiters to be licensed.

The government is covering all costs so the registration and licensing will be free for employers, Bains said at a mid-day press conference.

“Most employers are good, fair and follow the law,” he said.

“The few bad apples that don’t follow the rules garner an unfair competitive advantage over those that do. So this law also sets out a level playing field. Not only is today’s law about protecting vulnerable workers, it is also about protecting good employers who play by the rules and pay proper wages that treat workers with respect and dignity.”

Bains revealed that penalties for violating laws and mistreating temporary foreign workers range up to $50,000 for individuals and $100,000 for companies. Penalties could also include up to one year in jail.

The government received $250,000 to research the temporary foreign worker situation in advance of introducing the bill. Bains would not say how much new money would be flowing to this initiative to ensure that the province has the workforce necessary to conduct audits, register employers, license recruiters and hear complaints.

He said that information would be in the 2019 budget.

Bains’ move to table the new bill was expected because he told Business in Vancouver in August that this was what he intended to do.

Critics, such as Canadian Federation of Independent Business vice-president for B.C. and Alberta Richard Truscott, at the time panned the data-collection exercise as potential red tape. Truscott said it will entail “unnecessary rules and badgering of business owners to collect information.”

Bains on Oct. 23, however, was passionate in his appeal to protect the most vulnerable workers in the province.

“Many [temporary foreign workers] never get paid, or are paid far less than they are entitled to,” Bains said.

“Sometimes their passports are taken, so they feel trapped. If you have paid thousands [of dollars] to get here for a promised job, if you and your families’ financial well being depends on it, if you don’t know our laws extend to all workers, including temporary foreign workers, or you don’t have the language skills to ask for help, and you’re afraid of repercussions if you do, you remain in those unjust situations that should never exist.”