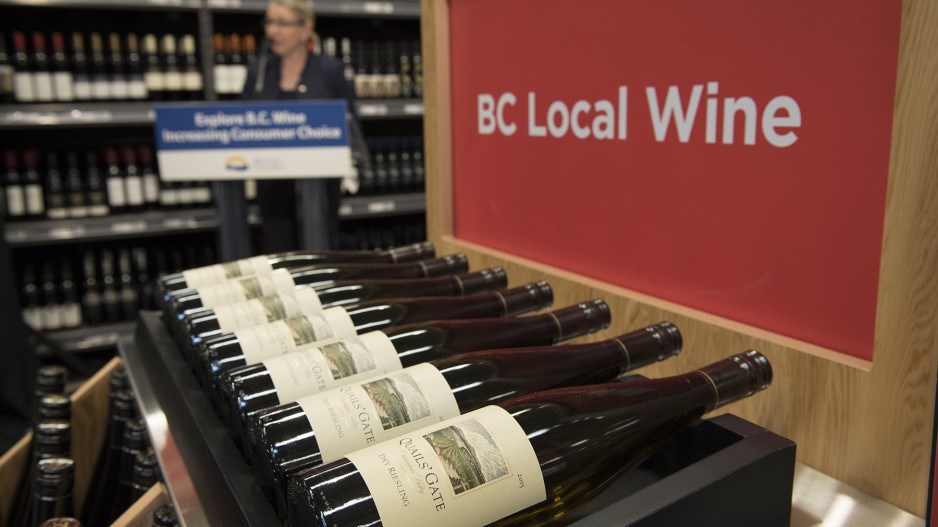 B.C.’s policy that restricts licensed grocery stores to only be allowed to carry British Columbia Vintners Quality Alliance (BC VQA) wines on shelves will end by November 1, 2019, according to the B.C. government.

After that date, licensed grocers will be able to stock wines from around the world on shelves.

The change came as part of the Canadian government’s negotiations with the U.S. that resulted in the trade pact that will be known as the United States Mexico Canada Agreement (USMCA).

“B.C. worked closely with the federal government and agreed to amend the measures relating to wine in grocery stores,” said Premier John Horgan and Minister of Jobs, Trade and Technology Bruce Ralston in a joint statement.

“This policy has been controversial for some time. We knew this was a problem that we were going to have to fix. We will continue to work with the Canadian government to resolve it in a manner that best protects our wine industry.”

Ralston’s ministry was not able to immediately confirm whether those who are authorized to use BC VQA licences to operate separate retail stores would also be able to stock wines from around the world.

There are 29 grocery stores in B.C. that are able to sell wine on shelves.

That includes 19 Save-On-Foods locations and 10 stores owned by Loblaw Companies Ltd.: nine that are branded Real Canadian Superstore and one branded Peter’s Your Independent Grocer.

CBSA seizes major meth shipment in B.C.
Apr 7, 2020 10:05 AM
Comments
We welcome your feedback and encourage you to share your thoughts on this story. We ask that you be respectful of others and their points of view, refrain from personal attacks and stay on topic. To learn about our commenting policies and how we moderate, please read our Community Guidelines.