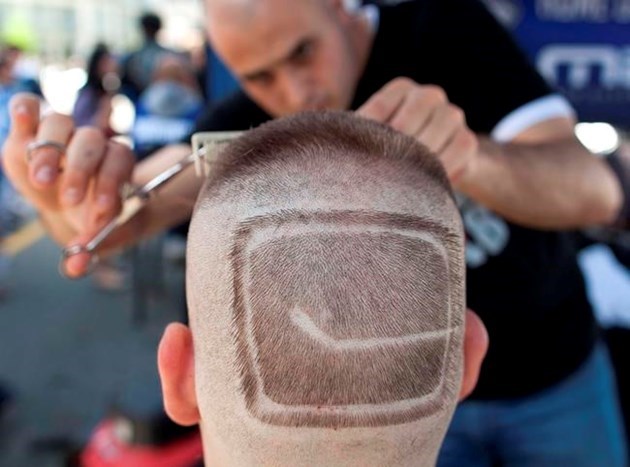 VANCOUVER — The Vancouver Canucks' decision not to name a captain this season was "pretty easy," says head coach Travis Green.

The club announced Tuesday it had instead chosen to go with four alternates. Forwards Bo Horvat and Brandon Sutter, and defencemen Alex Edler and Chris Tanev will all wear an 'A'.

"I don't think it should surprise anyone. They all bring something to the table. And I think it was a pretty easy decision, to be honest," Green said after practice Tuesday.

Being a captain isn't easy, the coach said, especially given the Canucks' current situation.

The four alternates will be supported by a wider group of veteran players as Green said the team's culture is built via "leadership by committee."

The Sedins retired at the end of the year, following 17 years in Canucks jerseys.

Replacing the twins will be tough, said Tanev, noting that Henrik Sedin shouldered a lot of the blame for the team's dismal performance last season.

Vancouver finished second-last in the Pacific Division, with a 31-40-11 record.

"(Henrik Sedin) took responsibility for a lot of things that weren't his fault or he wasn't even involved in. That's the type of guy he was. He showed everyone on the team how to lead properly and how to conduct themselves," Tanev said.

When the Canucks host the Calgary Flames in their season opener on Wednesday, it will mark the first time since April 9, 2000, that Vancouver has hit the ice without a Sedin. The club has played 1,465 games — including 105 playoff matches — in that span.

Having multiple leaders and voices in the dressing room makes sense as the Canucks enter a new era, said Horvat.

"We are in a transition year where, obviously, where Hank and Danny are gone and we're getting new guys, younger," he said. "To find that one guy that guys can rely on and look up to, I think it's going to be a great year."

Speculation was rife that Horvat would be named the team's captain this year. But the 23-year-old centre said he wasn't concerned about what letter would grace his chest — or whether he'd get one at all.

"I was just going to be the player I am. And nothing is going to change or and nothing would have changed in my game or how I am in the room," he said. "I'm just honoured to be wearing a letter."

"I think the most important part is finding out the player I'm going to be for a long time in this league," he added. "And I think this year is going to be a good test for me, another growing year for me to learn how to be a leader and what it's going to take for me to keep getting better."

Horvat is still a young and developing player, Green said.

"I don't think we've seen the best Bo Horvat yet. Which for me is very exciting," he said, adding that being an alternate is "a perfect pathway" for the young forward.

"When you're trying to be a leader, the best leaders are comfortable in their own game. They understand exactly where they're at, they can put aside their individual games to talk about a team game."

The Canucks want to get a good start, starting with the club's first road trip — a six-game swing starting in Calgary on Saturday.

Sutter said the goal is to be .500 after those games, but no one really knows what to expect this year.

"Obviously everyone's got us pegged near the bottom but we'll see what we can do," he said. "We're optimistic in here. We like our group. There's some young, fresh faces that are quick players. It's just a different feel than before. So it'll be fun."

Toronto has gone without a captain since 2015-2016, choosing instead to name three alternates. This year, the 'A' was handed to Patrick Marleau, Morgan Rielly and John Tavares, who signed a seven-year, US$77 million deal with the team on July 1.

The Montreal Canadiens also dealt their long-time leader Max Pacioretty in September, in a trade with the Las Vegas Golden Knights. But the Habs named defenceman Shea Weber to the role on Monday.