Could electric seaplanes be coming to Vancouver? 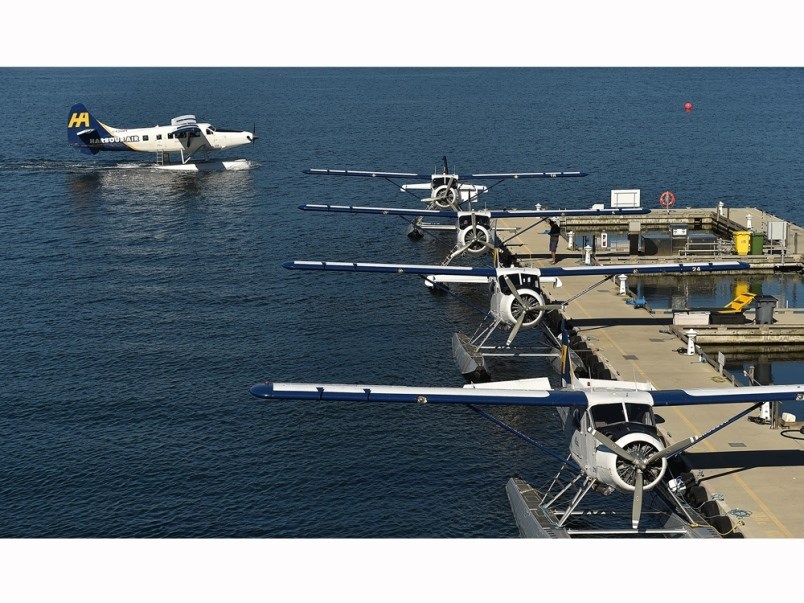 Harbour Air has taken a significant step in its goal of creating an electric fleet of seaplanes, but it will likely be several years before any of them carry passengers to and from Vancouver.

The company recently installed an electric motor in its prototype airplane, a DHC-2 de Havilland Beaver, and is now "working on installing the battery packs and getting the rest of the airframe prepared," explained Greg McDougall, founder and CEO of Harbour Air Seaplanes.

"We're not seeing any major obstacles in terms of the technology ... We anticipate we should be able to fly the thing in the first part of December."

McDougall, however, isn't popping the champagne quite yet, recognizing that there are still "quite a few goal posts" ahead.

Harbour Air now operates up to 300 daily flights out of several B.C. and Washington harbours — is at the forefront of getting Transportation Canada and the U.S. Federal Aviation Authority to regulate electric-powered, commercial planes (something that neither currently does).

Moreover, McDougall said that the current electric technology is only appropriate for the shorter flights that the Harbour Air offers, such as its popular Nanaimo to Vancouver route.

That said, McDougall said the technology is rapidly developing. "The batteries are evolving," said McDougall. "By the time we get through the regulatory process, [the technology] will allow us decent range and payloads."

Going electric makes sense from an environmental as well as economic perspective, he added.

In addition to saving money on fuel, McDougall believes that electric-powered planes will require less maintenance.

"The heat generated by a [traditional] turbine is so high, they become very expensive to run, whereas in the electric motor, you don't have any of that," said McDougall.

On the environmental front, McDougall said that the company's fleet equates to roughly 25,000 vehicles on the road.

And while Harbour Air has purchased carbon offsets for years (becoming the first carbon-neutral airline in North America in 2007), McDougall said its goal is to eliminate emissions all together.

The airline industry is a carbon-intensive form of transportation, with planes amounting to about 4.9 per cent of carbon emissions globally.

McDougall added that going electric will help secure the company's social licence to continue to operate out of the busy harbours that it has already set up shop, such as in Vancouver, Victoria and Seattle.

The noise that planes produce can be a "big issue" when it comes to being a good neighbour," he said, noting how much the business has changed since Harbour Air began operating as a forest-service company in 1982.

"When we first started the business 30 to 35 years ago, the harbours were mainly just working harbours with very little residential downtown [developments]," he remarked.

Reached by email, Roei Ganzarski, MagniX's CEO, said that the installation of the electric propulsion system in the Harbour Air seaplane is going "very well."

Ganzarski also noted the potential for longer-range distances for electric-powered aircrafts, particularly for planes that are designed with electric power in mind.

Like Ganzarski, McDougall is confident with the direction that the aviation industry is taking.

He is convinced that his airline is engaged in in important, ground-breaking work.

"Through my investigations I figured out that we were in a pretty unique position to be able to [go electric], because of the fact that our stage links are so short, and our aircraft are single-engine and require a lot less energy than most aircrafts," he said.

So what's the end goal for Harbour Air?

"The goal is to definitely electrify the whole fleet," he said.