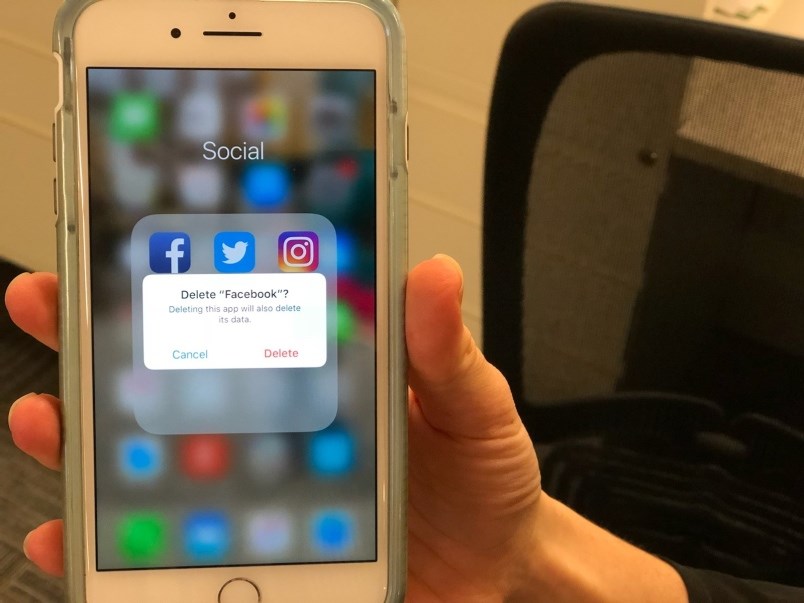 A British Columbia man has been deemed inadmissible to Canada for being a security risk based on his Facebook posts that glorified terrorism in support of the Islamic State group, the Immigration and Refugee Board of Canada says.

Othman Hamdan is a Jordanian national who was acquitted of three terrorism-related charges by a B.C. Supreme Court judge in September 2017, but immigration authorities kept him in custody and determined at multiple detention reviews that he poses a danger to the public.

The board, which must establish whether an allegation is true rather than proving guilt beyond a reasonable doubt, says in a written decision released Friday that a deportation order has been issued for Hamdan.

Marc Tessler says in the ruling that Public Safety Minister Ralph Goodale alleges much of the content in 85 Facebook posts amounted to counselling and supporting others to commit terrorist acts in Canada, the United States and other western countries.

"The minister asserts that Mr. Hamdan assumed for himself the role of a spokesman and cheerleader for the Islamic State but more specifically he glorified and encouraged lone wolf attacks," the decision says of the man's posts between September 2014 and July 2015.

Facebook began shutting down sites it identified as supporting the Islamic State, but Hamdan created new accounts and was posting on about 14 accounts. His security settings allowed anyone to read his posts.

Hamdan tried to explain away his use of the acronym IED, telling an admissibility hearing it stood for Internationally Epic Defeat, dismissing concerns that it is also used for Improvised Explosive Device.

"IED stands for any three words that begin with these three letters, so you could make up a whole lot of things that begin with these letters," Hamdan said during the hearing, even though his post referred to the terrorist bombings at the Boston Marathon in 2013, where two brothers used pressure cookers as improvised explosive devices.

Four of Hamdan's posts mention the Islamic State offering a reward of about US$16,0000 to whoever kills a pilot of an alliance of countries fighting terrorism. The posts followed the downing of a Jordanian air force jet and capture of a pilot who was killed by being burned, with the Islamic State disseminating a video of the execution.

Hamdan posted a link to the video, with a caption that suggested the pilot's death was justified because of the actions of alliance countries that bombed civilians from the air: "Think is it OK to kill kids under any circumstances!!! No then why is it OK when the murderer is a jet pilot that's miles away!!!"

The decision says Hamdan, who was born in the United Arab Emirates, cast his activity on Facebook as an alternative news source, providing his followers with another view of events in the Middle East.

"Mr. Hamdan, however, did not merely report news, he identified with and allied himself with a terrorist organization and he served that organization's social media agenda by relaying its messages."

Hamdan was arrested in 2015 at his home in Fort St. John and told the court he moved to Vancouver in 2002 after studying electrical engineering in the United States, where he said he faced discrimination following the 9/11 terrorist attacks.

He was granted refugee protection in Canada in 2004. He applied for permanent resident status but his application was declared abandoned four years later.

On Oct. 22, the Refugee Protection Division of the board allowed the public safety minister's application to cease Hamdan's refugee protection. He has already applied to the Federal Court for a judicial review.

An RCMP officer told an admissibility hearing in April that Hamdan was not a "couch jihadist" with a big mouth but someone who was radicalized by Daesh, also known as ISIS or ISIL.

Hamdan threatened Facebook and the RCMP in his posts and discussed infrastructure in Canada, including a dam in Revelstoke, B.C., and a bridge near Nipigon, Ont., suggesting they were weak targets.