Mother remembers son's sarcasm, sense of humour, and his strong connection with friends.
Feb 17, 2021 8:24 AM By: Kristen Holliday / Castanet 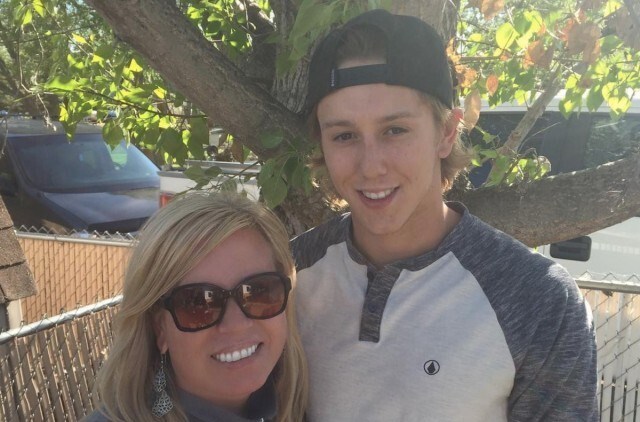 For the third anniversary of her son’s disappearance, Heather Shtuka and her husband, Scott, have returned to Sun Peaks.

Until pandemic health orders began to limit the couple's ability to travel, the Shtukas had made the same journey from their home in Alberta to the mountain resort nearly every month since 2018.

On Feb. 17 of that year, 20-year-old Ryan Shtuka left a house party on Burfield Drive around 2 a.m. and never returned.

“Both Scott and I feel connected to Ryan every time we come up here,” Heather Shtuka told Castanet Kamloops.

“For him, it was a place for happiness. ... We’ve spent so much time here that we’ve grown to love it just as much, if not perhaps more, despite the tragedy.”

For this anniversary visit, Shtuka said she and Scott plan on spending a quiet week of reflection in the Sun Peaks village. On Wednesday at 3 p.m., they will be going down a ski run in memory of Ryan, and a candlelight walk is planned for the evening.

Shtuka said these events would typically be publicized but, this year, they will look different.

“Those are things we can do where everybody will be able to socially distance, wear a mask, and still be able to have that remembrance of Ryan without jeopardizing anything,” she said.

This year, Shtuka said she plans to continue searching the Sun Peaks area, choosing search locations depending on the season, COVID-19 restrictions and when they will be able to travel. She said police continue to receive tips regarding her son's disappearance, but neither the official investigation nor the family's extensive searches have turned up any answers.

“It's still nice to know that Ryan is in the forefront of people's minds that those tips are still coming in after three years,” she said.

“Hopefully, it'll just be something that will trigger someone's memory.”

Shtuka said she continues to be overwhelmed by the generosity of the volunteers who have helped the family since the search began.

“We've met so many amazing people who have given so much of themselves for somebody they didn't know, and it humbled me, humbled me a lot,” she said.

After three years of searching, Shtuka said she still wonders if they have done enough.

“Have we done what we were supposed to do? Have we missed something? And I'm not talking about investigative, because those are skill sets I can’t do, but in terms of searching, in terms of raising awareness,” she said.

“Have we done enough to honour him, to have people continue to search and to care? That's probably my biggest question.”

Shtuka said she takes comfort from the closeness and connection she has with her husband, two daughters, and the community that has seen them through “since day one.”

She remembers Ryan’s sarcasm, sense of humour, and his strong connection with friends.

“He's been loved by so many people. And he's made such an impression on people, whether he knew them or didn’t,” she said.

“I think that's an amazing legacy for anyone to wish for the child.”