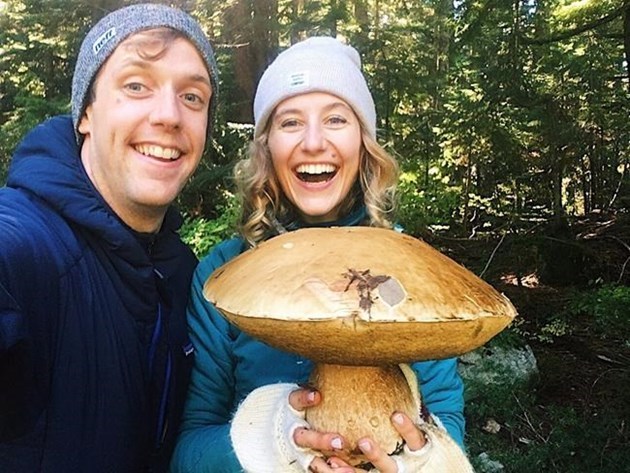 VANCOUVER — A Vancouver couple has a little something — actually something quite large — to be thankful for this year.

The fungus weighed 2.92 kilograms, and measured about 36 centimetres wide across the cap.

Kutsiuruba says it's the first time she and Swab found such a huge mushroom, but this year has been a particularly good one.

She says she loves going mushroom picking, and it is part of her Ukrainian heritage.

Kutsiuruba says she looks forward to making old favourite dishes as well as trying new ones with the mushrooms she's picked this year.