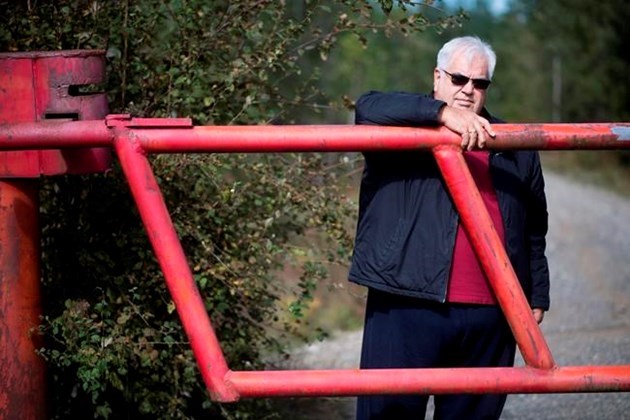 Five decades later, images of the exodus from the Indigenous village of Kalagwees are just as clear, he said.

"I was pretty young at the time," 60-year-old Smith said. "I was one year at the primary school there and then the family moved."

Jobs were scarce in the village accessible only by boat or float plane, he said of his former home northeast of Vancouver Island in the Johnstone Strait.

The community began to empty as the school closed and hospital boat visits to the remote community were cancelled.

"The village went quiet," Smith said. "There were a few adults living there but the majority of the families moved. Some went to Alert Bay, others moved to Campbell River and some even further to Vancouver, Victoria, wherever they found a place comfortable."

The estimated 450 members of the Tlowitsis First Nation haven't had a permanent home since then.

But that is about to change, Smith said.

The nation paid $3.5 million earlier this year for a 257-hectare rural, forested property eight kilometres south of Campbell River. Plans are now underway to establish a community of up to 100 homes, he said.

"One of our hereditary chiefs, before he passed away, said he wanted a place for my people to have a home. This is basically a promise kept. The chief was my oldest brother Alec."

Frogs croak, ravens squawk and vehicles drive past as Smith stands at the steel gate and sign that mark the site in the Strathcona Regional District.

The new community will be called Nenagwas, which means "a place to come home to," Smith said. Last December, the federal government approved the property as Tlowitsis reserve 12.

"This place in 30 years could be a very large place," Smith said. "Indigenous people have lots of babies. It's going to be an exciting place for our young people to grow up."

Engineering and planning studies are underway and the nation expects to break ground in 2020, bringing the dream of a new home community much closer to reality, he said.

"We need a place for our members to get together and share things and learn their culture, their history. What it means to be Tlowitsis," Smith said. "This will help."

Brenda Leigh, the Strathcona Regional District's elected area director, said local residents had concerns about a lack of consultation, but now the focus is on developing infrastructure like sewage and transportation and fitting the Tlowitsis community into the sprawling, rural neighbourhood.

"I am sure that they will love this setting and they will have an opportunity to build their reserve and enjoy the same peaceful life that all of us value so much in this region," Leigh said in an emailed statement.

Smith said early reaction to the Tlowitsis plan was shrill and concerned his band members. Graffiti with the words "No Rez" was painted on a road near the community site.

The First Nation decided to move ahead with its plans and has met with the regional district board and local community associations, Smith said.

"We're here now," he said. "You can see by our sign, we're here and we're going to start developing as soon as we can."