Kamloops now under a state of local emergency 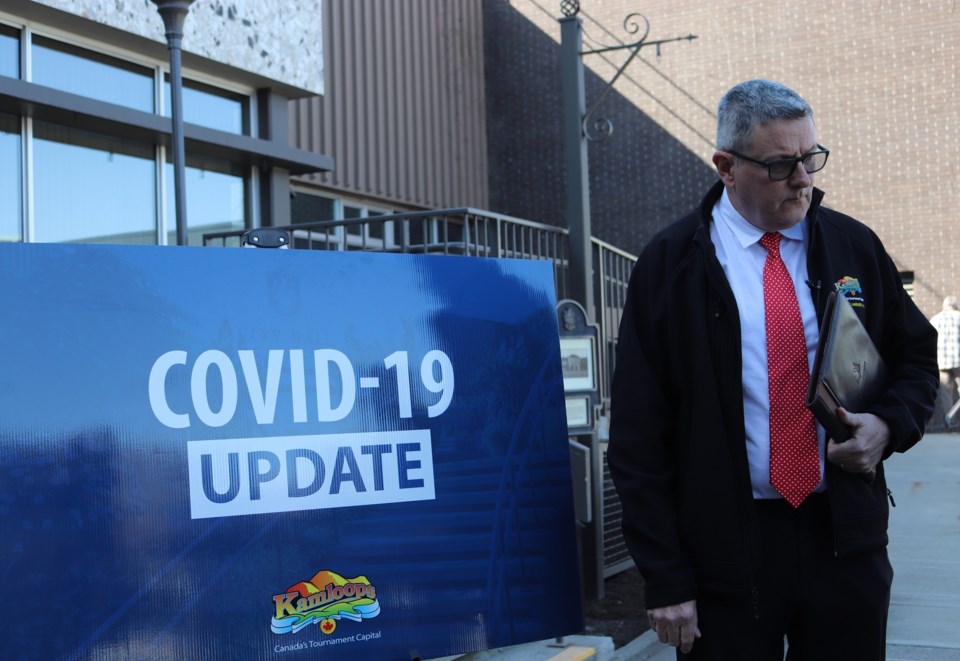 The City of Kamloops has declared a state of local emergency.

Mayor Ken Christian made the announcement Friday afternoon, on the steps of city hall.

The declaration provides the city the ability to respond "more nimbly and more quickly" to COVID-19, on behalf of the citizens of Kamloops.

"The last time I think we had (a declaration) was with forest fires... (also) in 2015, related to floods in this region. So, in that sense, it's not unique, but it is unique in terms of one being issued in the face of a pandemic."

Christian also announced the city will no longer be collecting parking fees and bus fares. Transit riders, meanwhile, are being asked to board from the rear of the bus and try to maintain two metres of distance wherever possible.

Committee and council meetings are also being suspended until further notice.

PLEASE NOTE: Rear door boarding has been implemented to enhance social distancing for drivers and passengers. Accessible boarding is still available through the front door. Fares will not be collected at this time. pic.twitter.com/Qp8sQaXlIw

"It's a difficult situation because we don't want people to be holed up in their basement. We want people to be out by themselves or as a family group, getting some fresh air," he said. "Do no congregate. That's really the issue and what we're talking about here, so that you don't run the risk of expanding the infection."

On daycares, Christian said there's no plan to close them at this time.

"Certainly, daycares are in issue but we need that daycare service for some of our first responders, for instance. It's something we would take advice from the provincial health officer."

Kamloops isn't the only city to issue a local state of emergency. The City of Vancouver did so Thursday, and has asked all restaurants to shut down table service as of midnight tonight.

When asked if a similar order would be issued in Kamloops in the coming days, Christian said "we don't know that."

"For the most part, in my limited movements around the City of Kamloops, people are adhering to the advice of Dr. (Bonnie) Henry, and it's pretty desolate on the streets, sadly," he said.

Later he said, "We would follow the advice of the provincial health officer and where we saw people were being flagrant in terms of disregarding her recommendations, we would take action. Like I said, I haven't seen that thus far."

Christian said he's not aware of any COVID-19 cases in Kamloops.

"However, I think we have to recognize there are cases in Kamloops because Kamloops is not particularly different than North Vancouver and we know there are cases in North Vancouver. The message is the same: universal precautions... respiratory etiquette, social distancing, good handwashing. That's the message that's going to be in place, whether there is (a case) or isn't."

For more information about the city's response to COVID-19, click HERE.

B.C.'s fuel suppliers to publish prices to provide accountability: minister
Aug 14, 2020 11:03 AM
Rent hike increase in B.C. is frozen, but province says landlords can evict
Aug 14, 2020 10:54 AM
ALS drug funding approved for patients in B.C., up to 183 patients to benefit
Aug 14, 2020 10:18 AM
Comments
We welcome your feedback and encourage you to share your thoughts. We ask that you be respectful of others and their points of view, refrain from personal attacks and stay on topic. To learn about our commenting policies and how we moderate, please read our Community Guidelines.