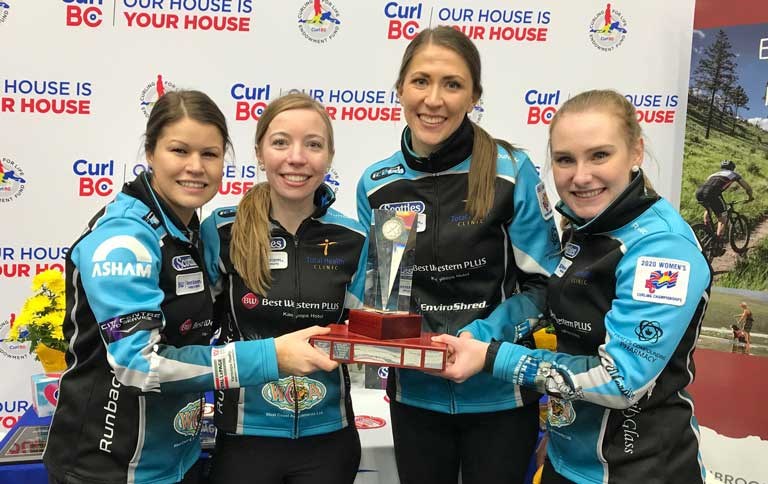 Corryn Brown has skipped her team to a berth in the 2020 Scotties.

The Kamloops-based team beat Abbotsford's Sarah Wark 8-7 in the final, according to a press release from Curl BC. The close game ended up going to an extra end after Brown's team was able to tie the game 7-7 in the ninth end.

"The Brown team rallied to score two in the 10 to tie up the game and bring it to the extra end," states the release. "Wark had hammer but was forced into a difficult shot and wasn’t able to make it, giving Brown the point and the win."

Brown, who's team lead through much of the game, is proud of how her team was able to come through in the end.

“I feel incredible. I’m so proud of the girls," she says in the release. "They played unreal all week and I’m really glad we were able to finish it off. We kind of let our foot off the pedal and gave up a three and then a steal after that we were able to pull it together, get the deuce in 10 and steal the extra.”