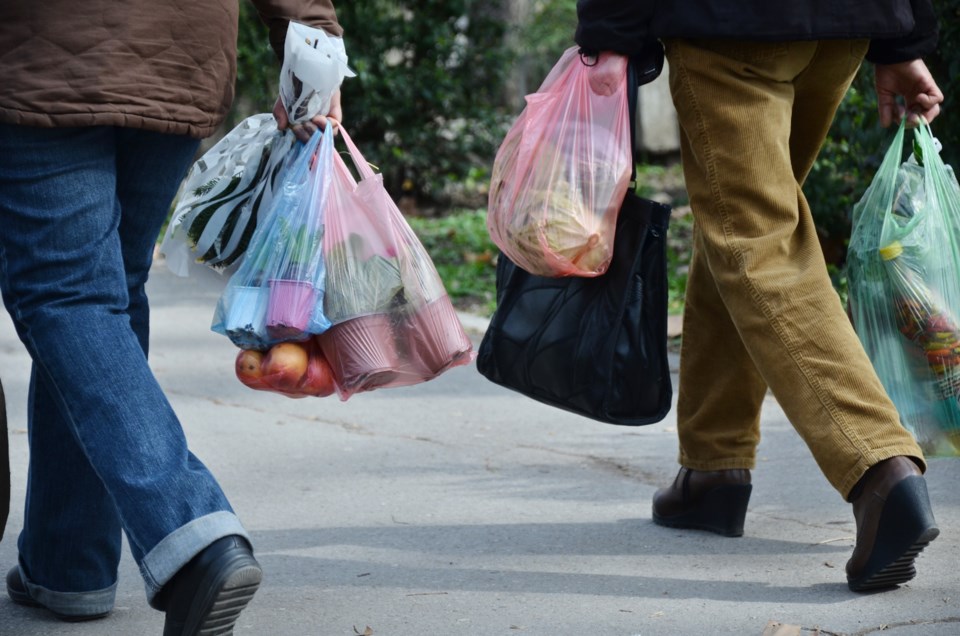 One Kamloops mom wants city council to take a clear stance on that question, and she's firmly against them.

Charlotte Wyvill has started an online petition she plans to take to city hall, encouraging the local politicians to ban the single-use plastic bags people get at grocery stores, department stores, and virtually every other type of retail shop in the city.

"I think Kamloops could be a leader as far as a medium-sized city and the steps we could take," she tells KamloopsMatters. "I think banning single-use bags is just a very small step in terms of all the plastics we're using that we don't need to be using."

The Juniper Ridge mother of two young children has a variety of concerns about the bags and their impact on the environment but says banning them is just the first step individuals can take.

"I think eventually we need to get off plastics as much as we can," she says. "Generally, anything that's wrapped three times could probably be wrapped once."

Plastics, in general, have been linked to poor health in animals, especially marine animals when the plastics break up into small pieces in the ocean.

"I read a stat yesterday, that every year 100,000 marine animals die from ingesting plastics," Wyvill says.

She says she was motivated to take action because of her children and the last two summers of smoky skies, along with the recent report from the UN about climate change.

Both Montreal and Victoria have created similar bans. Other countries also have similar legislation to varying extents, including Bangladesh banning certain types of bags across the country after they were linked to flooding in the country.

While she believes the positive environmental impact will outweigh any negatives of the ban, Wyvill expects pushback.

"I'm sure there are lots of concerns," she says. "For one thing, it'll be inconvenient for people."

For Kamloops, barriers she foresees will be affordability for some people, but suggests a program through the food bank could help with that.

Also, since grocery bags are often used for garbage, she expects that could become an issue, but adds it could also encourage people to reduce their garbage. Failing that, she says there are always other types of disposable bags than the checkout ones, like bags for apples or bread, that could be used for trash.

The petition was started earlier this week by Wyvill on Change.org. At the time of publication, the online document had 178 signees. Wyvill wants to get it to 1,000 before taking it to city council.