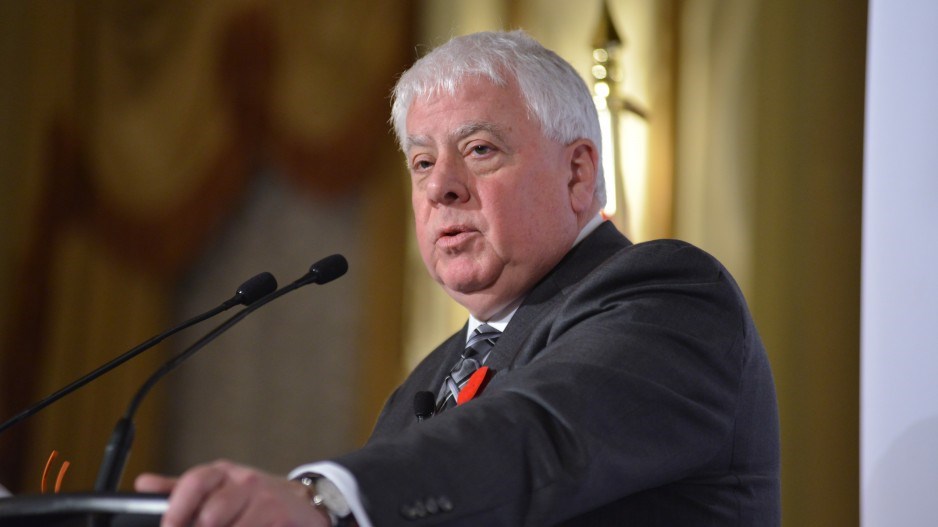 Ian Anderson is the president and CEO of Kinder Morgan Canada. (via Matt Borck)

Kinder Morgan Canada shareholders will cash in to the tune of $1.2 billion, following the sale of the Trans Mountain pipeline to Ottawa for $4.5 billion.

Its American parent, Kinder Morgan Inc. will receive US$2 billion, which it plans to use to pay down debt. KMI owns 70 per cent of Kinder Morgan Canada.

Kinder Morgan Canada announced Sept. 4 that profits from the sale will go back to shareholders, after capital gains and debt repayment.

The company also announced the appointment of a new president, John Schlosser, who is replacing Ian Anderson.

Anderson is now president of the newly rebranded Trans Mountain Corporation, which will continue to operate the existing Trans Mountain pipeline on behalf of its new owner – the Canadian taxpayer – and will be responsible for the twinning project, should it ever resume. Trans Mountain is now a Crown corporation, accountable to the Canadian government through the Canada Development Investment corp.

Kinder Morgan Canada will continue to own Canadian assets not related to the Trans Mountain pipeline, including the Vancouver Wharves terminal and the Cochin pipeline, which runs from Edmonton to the U.S.

On August 30, Kinder Morgan Canada shareholders voted in favour of selling the beleaguered Trans Mountain pipeline and Trans Mountain Expansion Project (TMEP) to the Government of Canada for $4.5 billion. The sale price includes more than $1 billion that was already spent on the TMEP.

The shareholder vote came down within about an hour of the Federal Court of Appeal quashing the order in council that approved a $7.4 billion expansion – a twinning project that is now virtually certain to cost more than $7.4 billion to build.

Kinder Morgan Canada’s board of directors voted to disperse profits from the sale to shareholders, after capital gains and debt repayment. The owners of restricted voting shares will receive $11.40 per share.

The board also approved a reverse stock split, on a three-to-one basis, which is expected to take place in January 2019, at which point KML is expected to pay a dividend of $0.65 per share.

Jihad Traya, an energy analyst with Solomon Associates, suspects the stock split is so that Kinder Morgan Canada can continue to meet its listing requirements on the TSX, as its stock price will go down, now that it has divested itself of Trans Mountain.

"They probably do a reverse spit so that they made the listings requirement," he said. "Also, if you're Kinder  Morgan, you don't want your stock trading at – it's just a perception thing – $5."

Despite last week’s legal setback, the Trudeau government has reiterated its resolve in getting the expansion project done.

But all work on the project is now on hold, and it is expected to take anywhere from six months to a year for the federal government to address the two flaws identified by the appeal court.

That is likely to increase the cost of the project, which was last estimated to cost $7.4 billion. Kinder Morgan itself warned shareholders that a delay would push the price to $9.3 billion, if the project is not completed until 2021.

On the other hand, Canada now owns a money-making pipeline. In the first six months of that year, the Trans Mountain pipeline generated $342 million in revenue, and netted profits of $72 million.

Going forward, those profits will now flow to the Canadian government.

University of Victoria's new president joins school from Australia
Aug 13, 2020 10:47 AM
Comments
We welcome your feedback and encourage you to share your thoughts. We ask that you be respectful of others and their points of view, refrain from personal attacks and stay on topic. To learn about our commenting policies and how we moderate, please read our Community Guidelines.