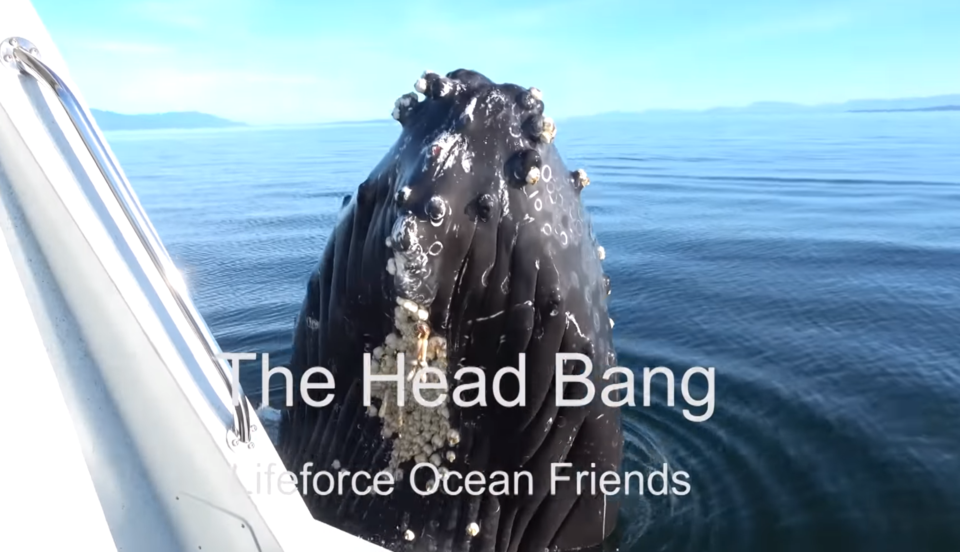 COMOX — Two humpback whales that circled a boat in the waters off Comox were a curious sight — until one of them got too close and cracked a window on the vessel with a bang of its head.

Peter Hamilton, director of the animal-rights group Lifeforce, was on the boat last Thursday, and says the experience with the bus-sized whales was a bit unsettling.

He posted a video of the close encounter on YouTube, and it shows the whales checking out the boat before one of them leaps into the air and smacks its head on the window as it lands in the water.

The video also shows one of the whales flapping its flipper on the boat, rocking it slightly.

Hamilton calls the humpbacks' contact with the boat unusual and says whales are known to get close to vessels as part of their behaviour known as "mugging."

He says the whales hung around for about 20 minutes and that he waited for them to move away before turning on the engine and slowly leaving the area where he's been studying humpback behaviour for three years.