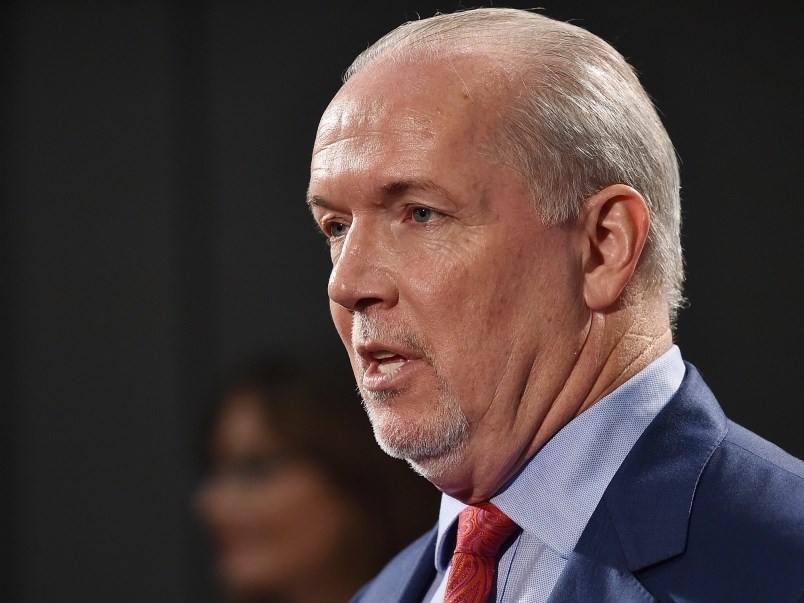 The starting pistol for the liquefied natural gas (LNG) relay race fired in 2011 when the BC Liberal Party began advocating for the multibillion-dollar projects they believed would lead the province to a debt-free future.

But it’s a minority BC NDP government left carrying the baton for the $40 billion LNG megaproject.

And its legislative partner, the BC Green Party, is having none of it, calling into question how much longer the government will last.

“The problem we have is this industry would not make a go of it unless it’s getting corporate welfare handouts on a scale we’ve never seen before,” said BC Green Leader Andrew Weaver, referring to the NDP’s proposed LNG tax regime that would tax the sector at the same rate as other heavy industries. “How is that good fiscal policy?”

The tax scheme differs from the regime passed by the BC Liberals, which would have added close to $6 billion in taxes over the life of the project.

“We are not going to support any tax measure that the BC NDP bring in to incentivize LNG in British Columbia,” Weaver said. “We are subsidizing a dying industry – that is, the fossil fuel industry – at the expense of being leaders in the new economy.”

The NDP-Green confidence and supply agreement leaves the three Green MLAs sitting in the provincial legislature to prop up the minority government of 41 BC NDP MLAs. The BC Liberals hold 43 seats.

Hours before LNG Canada was given the official go-ahead, BC Liberal Leader Andrew Wilkinson told Business in Vancouver he supported the LNG industry.

“But we also have to see what the NDP have up their sleeve because they have a long record of trying to extort things from industry.”

The BC Liberals then issued a statement praising the party’s efforts to facilitate an LNG project during its time in government and criticizing the BC NDP’s previous opposition.

The potential political fallout over LNG Canada leaves the minority government in a more precarious position going into the February budget, when the Greens could vote against the government and send voters to the polls for a spring election.

“The NDP is feeling that they have a lot of wind in their sails right now, especially with this announcement,” said Hamish Telford, a political science professor at the University of the Fraser Valley. “They may welcome a spring election.”

If the signing of LNG Canada’s FID is a red line for the environmentally conscious Greens, the party could theoretically table an amendment in legislation to call a vote of no confidence.

With support from the BC Liberals, the move would topple the government.

Telford said this would be a more problematic scenario for the Greens than waiting until the February budget vote.

“The proportional representation referendum looms large here,” he said, referring to the votes taking place through postal ballots from Oct. 22 to Nov. 30.

“The lifeline of the Greens is to get proportional representation. That’s what will allow them to continue and fight, not just for another day but for years to come.”

Instead, he said the Greens are awaiting the government’s climate plan this fall to gauge the likelihood that the province can meet its goal to reduce emissions 40 per cent by 2030 while shepherding a massive LNG facility in B.C.’s north.

“PR, I think, is a good thing, but I don’t stay awake at night thinking about PR,” Weaver said. “And the last thing in the world you do if you run as a Green is think about power.

“I’m a climate scientist who has spent a lifetime in the area of climate science. I left a very good job at the University of Victoria. I did not leave that job at the peak of my career to [advocate] for proportional representation.”

If the Greens find the math does not work on the climate action plan, the party could cite one of the conditions set out in the confidence and supply agreement as a reason to pull its support from the government.

The agreement states the relationship between the parties is founded on “good faith and no surprises.”

“They bargained it all away without getting stronger statements on things like Site C, LNG built into the agreement so they’re now left in a certain predicament if they want to bring down the government,” Telford said. “In a sense they’re backtracking on the agreement that they signed, which calls into question their own integrity.

“There is some wiggle room in the agreement. Both parties agreed not to blindside each other with unexpected sorts of developments, and perhaps the Greens could find some language to say that they were blindsided by this.”

When asked if the BC Liberals would support any legislation needed to help the LNG industry if the Greens refused to do so, Wilkinson told BIV his party is “supportive of substantive, positive industrial development in British Columbia that is respectful of the environment and will operate in a responsible tax regime that is workable for industry and that meets the needs of British Columbians.”

The Greens, he said, “have to decide if they’re in that same area or if they seem to think they’ve got a better way to run the world, which is often what we hear from them.”

Ultimately the current government is in a much stronger place now than many expected when it formed last year, according to Telford.

“We’re now 15 months into this arrangement and so far it’s held up. I would still be surprised if it lasted more than two or three years.