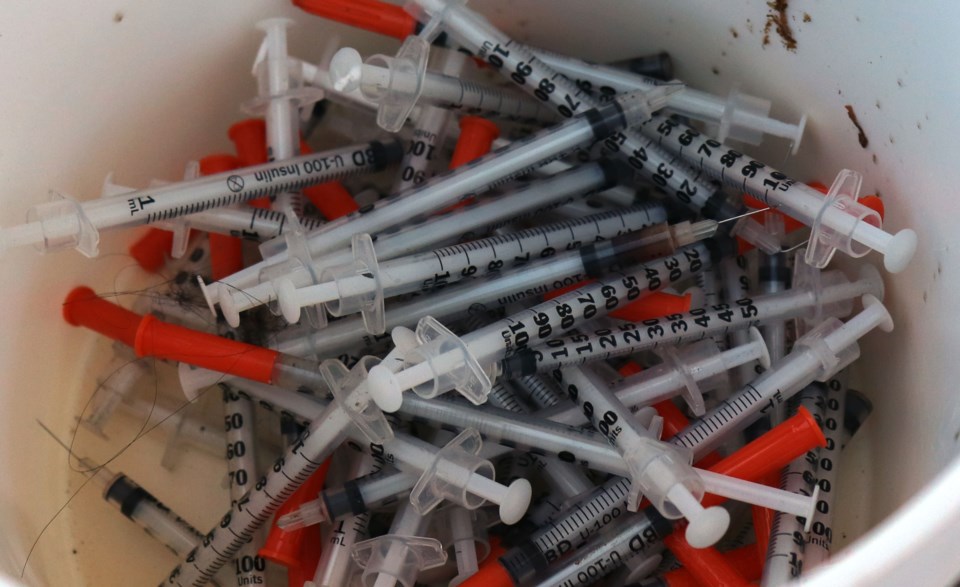 The BC NDP government’s delays in providing a greater range of addiction recovery options in the face of the overdose crisis are putting lives at risk, the BC Liberal opposition critic for mental health and addictions said Oct. 2

“We need more treatment and recovery options immediately,” Jane Thornthwaite said in an interview. “We clearly are not doing what needs to be done.”

She told the Legislature Oct. 1 the NDP should work to end the opioid crisis by offering identified addicts residential treatment as is done in Portugal.

She said in the interview those options are part of the solution but not the full spectrum of what’s needed. She suggested a need for more detox availability followed by other recovery options.

“It could be 12-step, it could be not,” she said. “There’s a real inequality right now in our province about abstinence-based treatment.”

Her suggestions contrast with those put forward to Union of BC Municipalities conference (UBCM) delegates last month by the NDP-appointed leader of overdose crisis response team.

Dr. Patricia Daly angered members of B.C.’s abstinence-based addiction recovery community when she suggested opioid addicts use prescribed drug treatments for the rest of the lives.

Daly told UBCM delegates that pressure to remain abstinent and the stigmatization of relapse in 12-step recovery programs may not be as effective a long-term solution such as medication.

In a Sept. 26 response to a request to identify which drug replacement therapies are approved for use, Anna Low, freedom of information co-ordinator for VCH, said Daly is not an expert in that area.

“Dr. Daly does not make recommendations for drug treatments for opioid use disorder as this is not her area of expertise,” Low said in the emailed response. “In B.C., these are made by the B.C. Centre for Substance Use (BCCSU), and they communicate directly with physicians with their recommendations. Some are also endorsed by the provincial government.”

Low noted the authority “does not approve drugs or medications for opioid use disorder – this is the jurisdiction of Ministry of Health, College of Pharmacists, and Lower Mainland Pharmacy.”

None of the manufacturers of those specific drugs listed in the ministry website are named in a lawsuit the government filed against opioid drug makers Aug. 29.

However, she also stressed the need for harm reduction and overdose prevention sites such as Insite in Vancouver’s Downtown Eastside.

There, medical staff supervises users as they inject.

Singh, a former alcohol and drug counsellor, said the first priority is to keep people alive.

There’s no treatment for addiction if the patient is dead,” Singh said. “We should have all kinds of treatment models. If we don’t have the person seeking the treatment alive, there’s no point in creating all these kinds of services.”

She said Minister of Mental Health and Addictions Judy Darcy is committed to investment in residential care.

The ministry did not immediately respond to requests for details of its plans for residential care, or for an interview with Daly. However, on Sept. 6, Victoria and Ottawa announced an agreement to provide a joint $71.7 million for enhanced or increased treatment services.

Thornthwaite said those beds need to be available to anyone.

On Dec. 1, 2017, Darcy announced the launch of the Overdose Emergency Response Centre in response to the opioid crisis that has claimed hundreds of lives across the province.

Requests to the centre to interview Daly are passed to the ministry.

There were 601 fentanyl-related drug overdose deaths in B.C. between January and June, an 11 per cent decrease compared to the same 2017 period, the BC Coroners Service said.

Daly said Sept. 11 the province is “on track to have about the same number of deaths as last year.”

A Guideline for the Clinical Management of Opioid Abuse Disorder, released by the B.C. Ministry of Health and the B.C. Centre on Substance Use, includes medications as an option for addiction treatment.

“Referral to a residential treatment facility should be considered as a preferred option for individuals who wish to avoid long-term opioid agonist treatment,” the guideline said.

Ganci, chair of the New Westminster Recovery Day event that attracts thousands of people, said focusing on one causes confusion.

“When you have new people entering the recovery journey, they get lost in the fight.”

He said focusing on one form of treatment to handle the crisis leaves the poor on medication while the wealthy go to expensive rehabilitation centres.

“It just shows how confusing health care is in terms of mental health and addictions in British Columbia,” Ganci said.

“It just shows the system is broken,” he said.