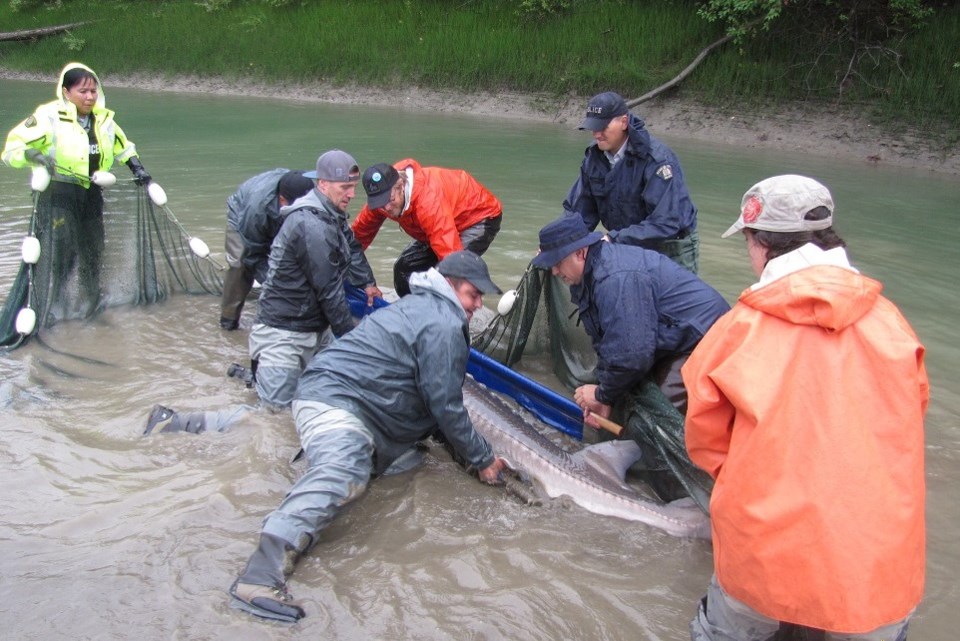 Cpl. Mike Rail says there is no need to exaggerate an RCMP fish story on the rescue of a 2.4-metre sturgeon from a landlocked pond near the Fraser River in British Columbia.

He says an officer spotted the stranded fish near Agassiz on Sept. 20 and recognized it was in danger.

A team was organized and someone built a box to temporarily hold the fish before they set out in waders with a large net.

The massive fish, which weighed about 136 kilograms, put up a fight as eight people wrestled it into a sling to transport the fish to a river about a kilometre away.

The rescuers dumped several buckets of water into the tarp-lined box to keep the 75-year-old sturgeon alive for the trip in the back of a pickup truck.

Rail says they got the sturgeon into the water, pointed its head into the current and a few minutes later it slowly swam off into the murky water.

"It was an amazing experience," said Rail, who observed the rescue and took video.

"We get in there and I see this huge fish, I ran out of words," he said Thursday.

"If there had only been one or two people there, I swear it would have bowled somebody over."