The highway remains open to single-lane traffic as work on the site continues
0
Dec 24, 2018 8:35 AM By: Glacier Media 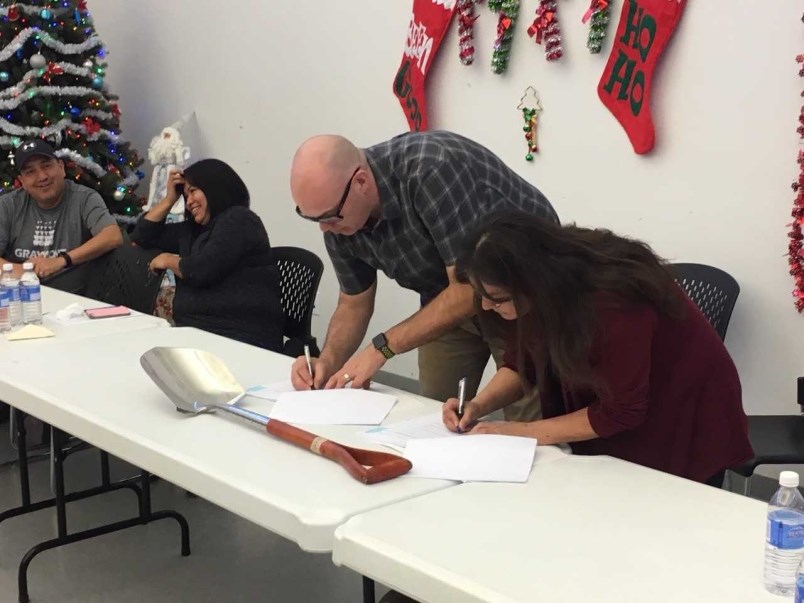 With a ceremonial shovel in front of them, MOTI’s Mike Lorimer and Xaxli’p Chief Colleen Jacob sign the agreement. (via Peter Busse)

A Dec. 10 signing ceremony at Xaxli’p has sealed the deal that allows construction to proceed on stabilization measures at the Ten Mile Slide.

The Slide area on Highway 99 North is located within the boundaries of the Xaxli’p First Nation.

In his remarks, Mayor Busse offered words of encouragement and appreciation to Xaxli’p and MOTI and spoke of the local tourism opportunities that will return after the completion of the $60 million project.

MOTI presented Pendleton blankets to previous chiefs and councils who participated in  the lengthy negotiations.

Then everyone – Xaxli’p Chief and Council, community members, invited guests and representatives from Kiewit (the company doing the construction work) - went to the slide site for another ceremony and photographs.

The highway remains open to single-lane traffic as work on the site continues.