Tsilhqot'in and Ottawa to sign financial deal as part of new relationship: chief 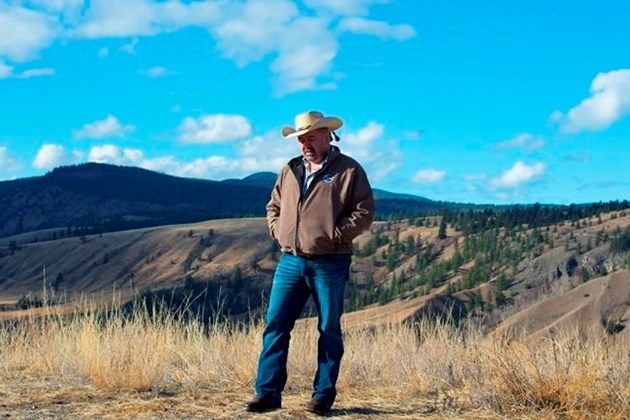 WILLIAMS LAKE — The leader of Canada's first Indigenous group to win title to its territory says an updated agreement it's negotiating with the federal government is part of a new model of relations between Ottawa and First Nations.

Chief Joe Alphonse, tribal council chairman for the Tsilhqot'in National Government, said the agreement is due to be signed by spring, and it will outline a financial relationship between Canada and the six First Nations his council represents in British Columbia's central Interior.

Alphonse said previous funding models, which he described as "marginal," no longer apply now that the Tsilhqot'in's title land claims have been formally recognized by the courts.

"We have proven rights and we have proven title so that funding formula is not suited for Tsilhqot'in. Canada has to come up with a new formula. And whatever we do develop will be a new standard for First Nations all across the country, so it's really essential for this government to establish that and show some leadership and demonstrate good will," he said.

Alphonse said negotiations are just beginning and could not put a price tag on the value of the agreement, but said it will be subject to approval by the federal treasury board.

The agreement will be the next step in defining the relationship between Canada and the Tsilhqot'in, he said.

The Supreme Court of Canada recognized Aboriginal title rights for the first time in Canadian history in the homeland of the Tsilhqot'in people in 2014. It covers more than 1,750 square kilometres of land in the Chilcotin region.

While the Crown historically acquired land from many First Nations across the country by signing treaties, only 14 treaties on Vancouver Island had been signed by the time B.C. joined Confederation in 1871, and aboriginal title to the rest of the province was left unresolved.

The process for negotiating aboriginal land rights was established in 1992 by agreement of the province, the federal government and the First Nations Summit.

Some First Nations are in the process of negotiating modern-day treaties, but the Tsilhqot'in did not have a treaty when it won the landmark case.

The BC Treaty Commission, which is an independent body responsible for facilitating treaty negotiations, says Canadian courts have repeatedly recommended negotiation over litigation, which is says does not involve consensus.

"Litigation is costly, generally narrowly focused, time consuming and ultimately leaves the question of how aboriginal rights and title apply — unanswered," it says on its website.

The Tsilhqot'in case illustrates that while treaty negotiations process takes time, the litigation process has not proven to be a faster route to reconciliation, it says.

However, in January 2017, the six chiefs comprising the Tsilhqot'in tribal council signed a memorandum of understanding with the federal government outlining a shared vision for the reconciliation agreement.

Priority areas in the agreement include closing the "profound gaps" in education, health and mental health care, housing, infrastructure and access to clean water; establishing new fiscal relationships based on stable, predictable and flexible funding; and recognizing and implementing Tsilhqot'in governance and law.

Last week, Prime Minister Justin Trudeau visited the nation's title lands in the Nemaiah Valley, about three hours west of Williams Lake, B.C., to apologize directly to community members for the hangings of six Tsilhqot'in chiefs more than 150 years ago.

"I know this is just a start, there is still a lot more work ahead of us," he told the crowd that gathered for the apology.

During the ceremony, Trudeau signed a "Pathways Agreement," which Alphonse said included short-term funding for some housing on the title lands and outlined a commitment to work on longer term funding.

"One of the biggest issues in our community right now is the housing crisis. I have 140 homes in my community and probably about 60 per cent of my population lives off reserve, a lot of whom want to come home," Alphonse said.

Alphonse said it was important for Trudeau to drive through the title lands and see the conditions that some residents are living in. The Tsilhqot'in did not fight in court for title so that it could separate from Canada, he said, but so that it could have a more formalized relationship with it that also recognizes the nation's authority.

"The big fear that signing agreements and strengthening relationships with Indigenous people is weakening this country, I think that that's backward thinking. By developing partnerships with us on a nation-to-nation way, we can pursue projects together in an honourable way and actually allow Canada to grow in a way that it's never seen," he said.