VIDEO: Trans Mountain made an animation for its B.C. terminal project 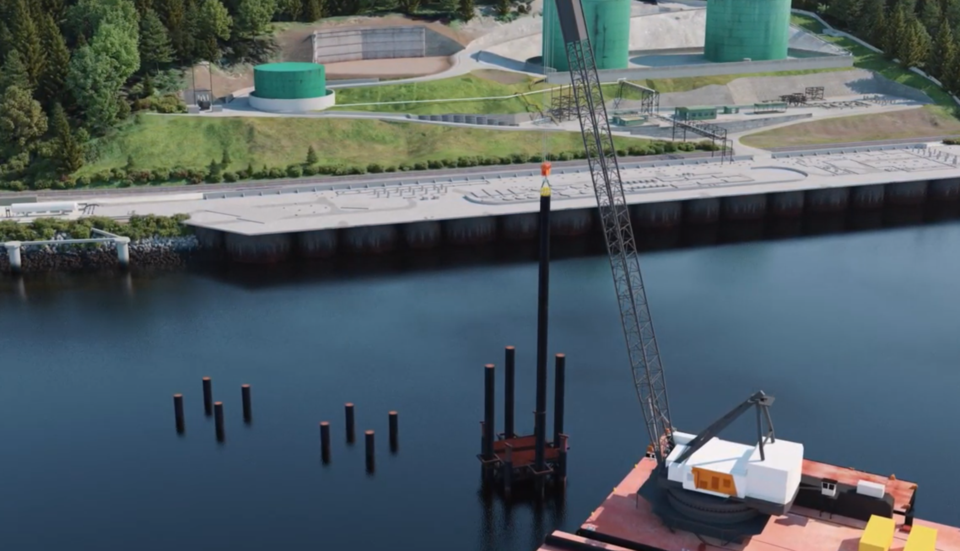 Trans Mountain has ramped up its promotion of the work being done at Burnaby’s Westridge Marine Terminal.

Construction kick-started again in August and Trans Mountain has been sharing details through a variety of methods, including photos and a recent time-lapse video.

Now, Trans Mountain is showing off a three-minute-30-second animated film about what’s involved in a project that could take up to three years to finish.

The video can be seen below, but here are a few highlights from the video:

The last part of the video is aimed at saying the project will bring economic prosperity through the Trans Mountain pipeline expansion.

Trans Mountain gives contractors notice to proceed
Aug 21, 2019 10:23 AM
Comments
We welcome your feedback and encourage you to share your thoughts. We ask that you be respectful of others and their points of view, refrain from personal attacks and stay on topic. To learn about our commenting policies and how we moderate, please read our Community Guidelines.