Why Alberta poses a new threat to B.C. gaming industry 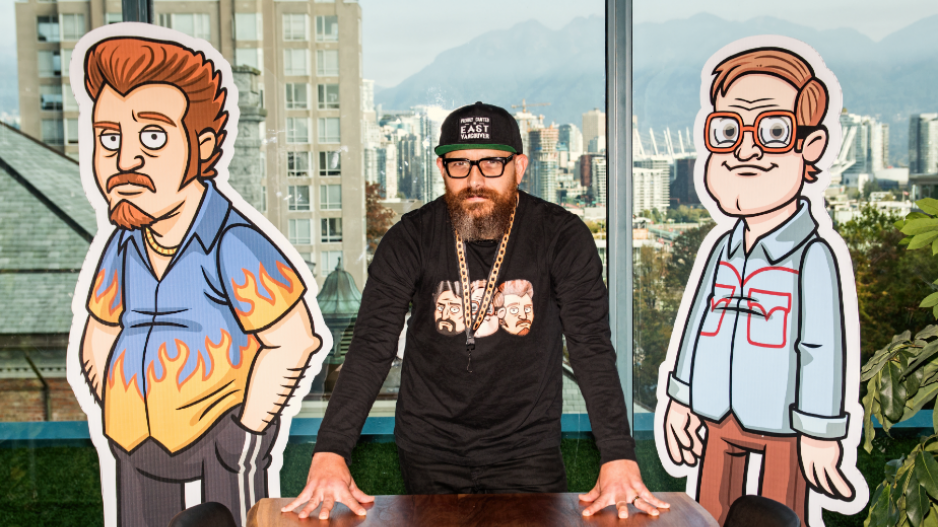 East Side Games CEO Josh Nilson, whose Vancouver-based studio has produced the game Trailer Park Boys: Greasy Money, said City of Calgary officials have been working to woo Vancouver game developers to relocate across the Rockies. (via Chung Chow)

About 150 workers lost their jobs in the sudden closure brought on by its Japanese parent company, Capcom Co. Ltd.

But it was the announcement that same week of the opening of a new studio in Edmonton that’s making some in the industry anxious.

“If you want to talk about risk to the video game industry in British Columbia, it’s Alberta,” said Brenda Bailey, executive director of the DigiBC industry association.

The Alberta government announced in March the creation of a new 25 per cent incentive, the Alberta interactive digital media tax credit, aimed at spurring growth in the province’s gaming sector.

B.C.’s interactive digital media tax credit comes in at 17.5 per cent – the lowest among all jurisdictions in the country, according to DigiBC data provided to Business in Vancouver.

Ontario’s tax credit is 40 per cent and Quebec’s is 37 per cent.

“We’re really worried about this threat in Alberta,” Bailey said, adding that Metro Vancouver’s housing crisis is making it more attractive for companies to set up offices and for in-demand talent to take jobs on the other side of the Rockies.

Meanwhile, City of Calgary representatives have also been pitching local studios on the benefits of relocating some or all operations.

He said the selling points have centred on lower overhead costs, salaries and cost of living for workers.

The City of Calgary referred BIV to Calgary Economic Development, which did not respond to an interview request.

“I’m an Oilers fan so I’d never move to Calgary. That would just be so gross,” Nilson said.

But he acknowledged that Alberta has the potential to siphon studios and talent from B.C.

East Side Games has used an outsourcing partner based in Alberta to help it on projects, partly because of lower costs.

In a bid to bolster the B.C. sector, DigiBC has been holding talks with the B.C. government, asking officials to consider matching Alberta’s 25 per cent tax incentive.

DigiBC also wants the government to offer an additional 10 per cent incentive for studios that set up operations outside Vancouver.

When asked if the province is considering new measures to keep the gaming industry competitive, Jobs, Trade and Technology Minister Bruce Ralston referred to the five-year extension of B.C.’s 17.5 per cent interactive digital media tax credit in the February budget.

“If companies are planning, they’ve got that certainty of what the credit is. We’ve seen participation in the B.C. industry increase dramatically. I think [the] credit has been highly successful.”

Ralston added that there is a limit to what can be done within the current fiscal framework.

Nancy Basi, executive director of the Vancouver Economic Commission’s media and entertainment centre, said the idea of other jurisdictions trying to lure away video game studios is nothing new.

“The one thing that we have is a 40-year creation of an ecosystem. When you have that kind of foundation … it’s not something we’re feeling threatened by,” she said. “That said, I think it’s important we remain competitive.”

Basi said she’d like the province to match Alberta’s 25 per cent tax credit.

“It’s still not going to be the highest in the country by any stretch,” she said. “But it would send a really positive message to our entrepreneurs who want to remain competitive.”