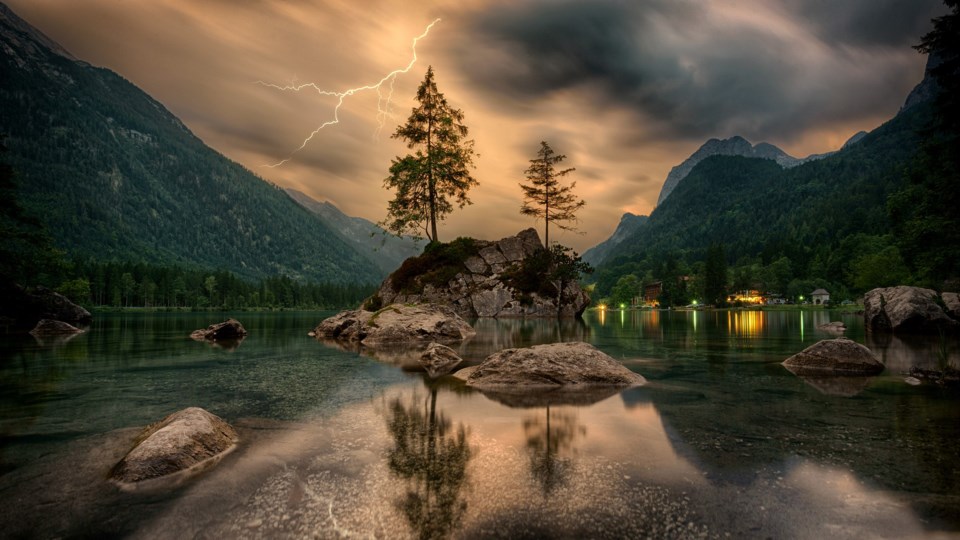 In a release issued Friday, November 16, BC Hydro reports that the number of storm events it has responded to has tripled over the past five years.

What’s more, the crown corporation stated that the storms are becoming more “frequent and severe.” In a report entitled, "Storm warning: The impact B.C.’s wild weather is having on British Columbians and their power," they found that storms are becoming more severe as a direct result of climate change, which also leads to more damage to BC Hydro’s electrical system as well as outages for customers.

A recent survey commissioned by the corporation also found that 75 per cent of British Columbians agree that storms in the province are getting worse. Furthermore, 20 per cent indicated that they had “experienced more outages in their neighbourhood in recent years.”

“Despite the challenges faced by crews during these severe weather events, our customers aren’t waiting longer to have their power restored,” said Chris O’Riley, BC Hydro’s President and Chief Operating Officer.

“In fact, about 95 per cent of customers’ power is restored within 24 hours following an extreme event.”

In fact, the corporation is committed to improving its response time as well as its smart meter network. In addition, it hopes to introduce new technology and processes, such as:

Enhanced prediction logic: using an algorithm and the smart meter network, BC Hydro’s system can confirm an outage and mark its location on a map, which a dispatcher can then analyze and dispatch a crew to investigate and make necessary repairs.
New mobile dispatch tools: these tools communicate via satellite and help information from the field get to its operations centre faster and more often – providing more timely updates for customers.
Improved meteorology models: this information provides greater insight into where and when a storm might hit so BC Hydro can ensure crews are ready to respond quickly.

In order to prepare for weather-related power outages, BC Hydro recommends that British Columbians have a well-stocked emergency kit on-hand that includes:

They are also reminding the public that if they come across a downed or damaged power line, assume the line is live, stay back at least 10 metres (the length of a city bus), and call 9-1-1 to report.

Parents shouldn't needlessly worry about COVID-19 exposure at school: Bonnie Henry
Sep 28, 2020 3:37 PM
RCMP officer injured during traffic stop in Penticton, B.C., Mounties appeal for help
Sep 28, 2020 1:01 PM
Comments
We welcome your feedback and encourage you to share your thoughts. We ask that you be respectful of others and their points of view, refrain from personal attacks and stay on topic. To learn about our commenting policies and how we moderate, please read our Community Guidelines.