'It is not something I am considering': Projected Prince George-Valemount MLA Shirley Bond will not seek BC Liberal leadership

Bond says leadership not something she is considering at this point in personal, professional life
Oct 27, 2020 4:15 PM By: Jess Fedigan 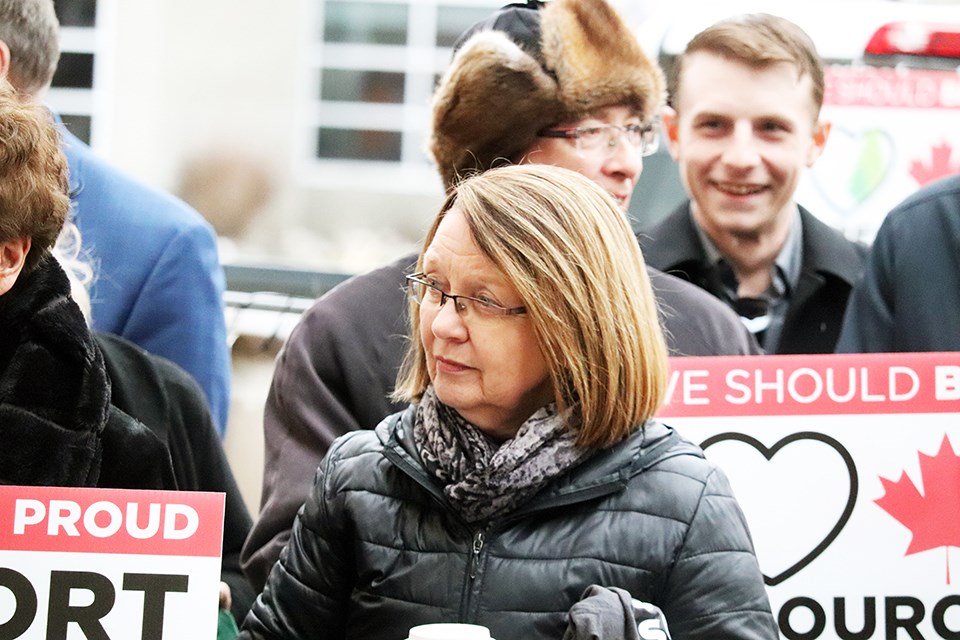 Shirley Bond is projected to earn a sixth term as MLA for Prince George-Valemount following the preliminary results of the B.C. election on Oct. 24, 2020. (via Jess Fedigan)

While she's projected to be re-elected as MLA in the Prince George-Valemount riding, Shirley Bond will not be looking to move higher up in BC Liberal party ranks.

Initial voting results from Elections BC show the BC Liberals and Leader Andrew Wilkinson suffered a large defeat to Premier John Horgan and the BC NDP, projected to win a majority, during the provincial election on Saturday night (Oct. 24).

The results pushed Wilkinson to announce his resignation as party leader on Monday (Oct. 26), but will stay in the position until a replacement is selected.

For Bond, who's political tenure would span more than two decades with a projected sixth term, has since had numerous calls, messages and texts asking her if she would put her name forward to lead the party.

Her answer is simple... no.

"I have a great deal of respect for Andrew and for anyone who steps up to serve in public office," she told PrinceGeorgeMatters in an interview.

"It's very difficult and Andrew has spent countless hours and time away from his family, his friends in order to serve both our party and the province. So I know that yesterday would have been a very difficult day for him and a difficult decision."

She's projected to win the riding by a landslide, although vote-by-mail packages have not been counted and final results declared, with Bond currently holding 7,560 ballots and 56.43 per cent of the popular vote.

The closest to her was 21-year-old BC NDP candidate Laura Parent with 3,477 votes and just 25.95 per cent of the popular vote.

Wilkinson took the reigns of the party in February 2018; he previously served as Attorney General of British Columbia under his predecessor Christy Clark.

Bond says she has a large amount of respect for Wilkinson and his efforts for the party but also says the events of the election will give the party a chance to take lessons away from the disappointment and try to rebuild and refresh the party's image.

"One thing I know about people that step up for public office is, they try to do things for the right reasons. Andrew obviously in making his decision looked at what was best for the party and how we create an opportunity on how we return to government in British Columbia. This is a decision that Andrew [Wilkinson] made and he made it from her perspective as a result of the outcome and secondly, what was in the best interest of our party moving forward.

"Our party has some work to do. I appreciate how difficult it was for Andrew but it does give us an opportunity in the days ahead to look at what it's going to take to rebuild and refresh our party so that we can resonate as a free enterprise party with more British Columbians."

While extremely humbled by many wanting Bond to throw her hat in the ring for leadership, she says her number one focus has, and always will be, on her constituents, despite what capacity she serves in government.

"I think that I can contribute positively to the rebuilding of the party and we will see what happens in the months ahead but I know this: my number one priority, whether I was serving in cabinet or the deputy premier, whatever it happened to be, my number one priority is always serving my constituents," she said.

"I try to remember who elected me and sent me to Victoria in the first place. I'm very energized and looking forward to being the MLA for Prince George-Valemount, once all the ballots are counted, there are more to count, I'm very aware of that."

Though Bond says she isn't entertaining the idea of leadership, she's more than confident that others in the party will put their names forward and help the BC Liberal Party move in the right direction.

"I want to serve well, work hard and I'm really grateful, I can tell you the last few days have been very, they've been very humbling as people have asked me that question many, many times and the answer is no.

"I'm excited about the process that will unfold and the party executive will determine what that looks like as we choose a new leader but I know that there will be lots of capable, incredibly talented people that will step up and run for the leadership of the party."

Elections BC is hoping to have final results declared by Nov. 16 at the earliest.