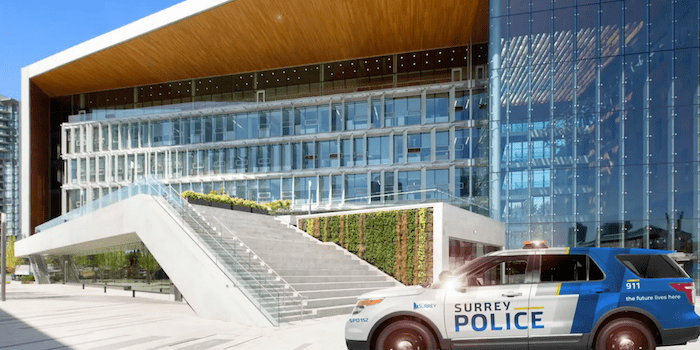 (via City of Surrey)

The province has given the City of Surrey the green light to establish Surrey’s municipal police department, which will replace the city’s RCMP detachment.

Surrey Mayor Doug McCallum and Minister of Public Safety and Solicitor General Mike Farnsworth released a statement on Aug. 22 that addressed how the project would move forward.

First, a joint project team has been created to ensure that all key issues are addressed and all complex details are in place to facilitate an orderly transition.

Chaired by the Honourable Wally Oppal, the joint transition committee will work expeditiously to provide advice to the Director of Police Services through to the Solicitor General relating to the establishment of Surrey’s municipal police department.

Currently, the Surrey RCMP is the largest detachment in the country. Of the 19 Canadian communities with a population of more than 300,000 residents, Surrey remains the only city without a local police department.

The City will be providing updates on its process to establish a city police department in Surrey as the work continues.