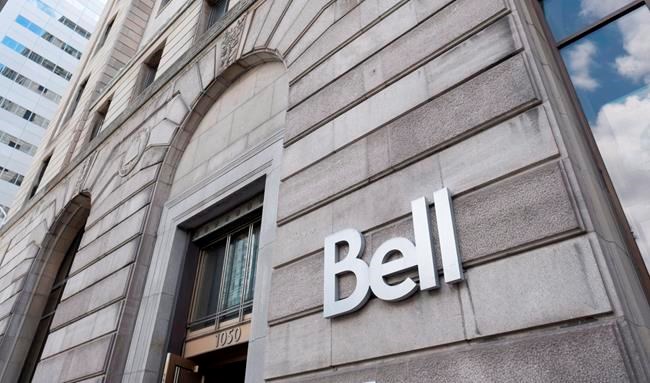 Bell Canada announced Tuesday morning that Sweden-based Ericsson will be its second supplier of the radio access network equipment that has been Huawei's main product line in Canada since entering the market in 2008.

Later in the day, Telus Corp. announced that it had also selected Ericsson, as well of Nokia of Finland, as suppliers for its 5G networks.

Neither Bell nor Telus provided details on how much their contracts with Ericsson and Nokia were worth.

Huawei's participation in the construction of Canada's 5G network has become a major sticking point between Ottawa and Washington. The U.S. has warned Canada, the United Kingdom and other allies that it will limit intelligence sharing with countries that have Huawei equipment in their 5G networks — citing the potential for spying by China, an allegation Huawei denies.

"Huawei has worked closely with Bell in Canada for many years, helping them build one of the world's leading 4G LTE networks," Huawei Canada spokesman Alykhan Velshi said in a statement.

He added that Huawei's remains committed to Canada and looks forward to the federal government completing its 5G review and its decision about Huawei's role in Canada.

"We continue investing more than a quarter of a billion dollars a year in R&D in Canada. We continue building new research partnerships with Canada's world-class universities. As we have for more than a decade, we continue to work with our Canadian telecom partners to help them build and support state-of-the-art networks that connect Canadians," Velshi said.

Ericsson, already a supplier of 4G LTE wireless and other technology to Bell and the main supplier for its rival Rogers Communications, also has a major research and development presence in Montreal.

"We are proud to have earned Bell's trust to be selected as one of their key partners and significantly expand our existing relationship to accelerate the transformation of their network with 5G mobile and fixed wireless technology," said Niklas Heuveldop, president and head of Ericsson North America.

Prior to the arrest of Huawei Technologies chief financial officer Meng Wanzhou in Vancouver in December 2018, the Chinese company wasn't a household name in Canada.

Since Meng's arrest, which has sparked a major rift between China and Canada and focused worldwide attention on Huawei, the federal government has been undecided about whether the Chinese company will be allowed in Canada's 5G networks — which are currently being assembled.

Analysts have said Bell and Telus use Huawei extensively in their fourth-generation networks and would be more affected by a Huawei ban than their rival Rogers Communications, which has predominantly used Ericsson network gear.

Besides Huawei, Ericsson and Nokia, there are other companies that want a piece of the 5G network upgrades.

Samsung Electronics has announced a deal to supply equipment for Videotron's wireless network in the province of Quebec and the Ottawa region of Ontario.

CFL's Edmonton Eskimos speed up name review as sponsor backlash builds
Jul 8, 2020 10:05 AM
Comments
We welcome your feedback and encourage you to share your thoughts. We ask that you be respectful of others and their points of view, refrain from personal attacks and stay on topic. To learn about our commenting policies and how we moderate, please read our Community Guidelines.