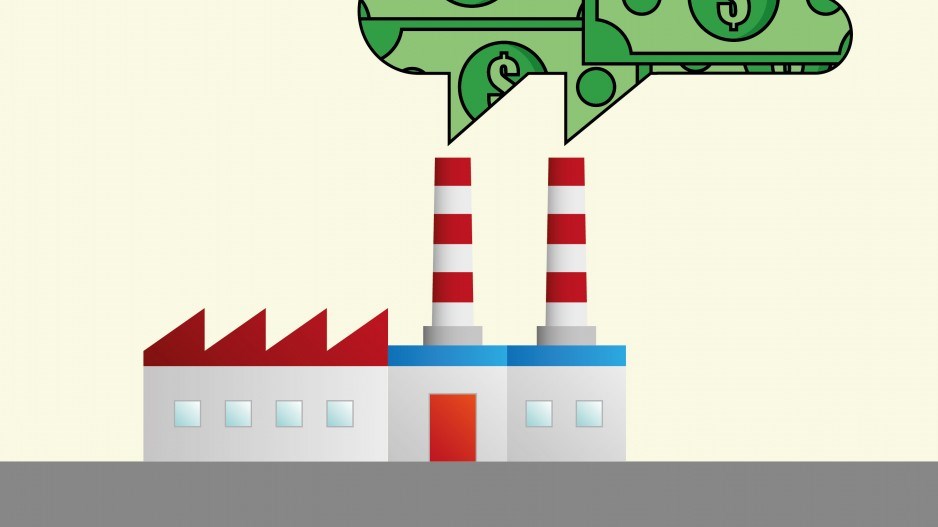 Carbon pricing, including carbon taxes and cap-and-trade systems, has become an increasingly controversial policy – and may become the dominant political debate in next year’s federal election.

It has also become a point of contention between the federal and provincial governments as a number of provinces sign on to the lawsuit against the carbon-pricing plan. A key concern is that carbon pricing will not only raise the price of oil and gas, but also increase prices on products across the board as the costs of inputs increase, making Canada less competitive globally.

Not everyone agrees with this scenario. Andrew Leach, associate professor at the University of Alberta’s Alberta School of Business, who helped to create that province’s carbon-pricing scheme, said the plan may even help competitiveness, depending on its design.

Leach pointed to B.C.’s revenue-neutral carbon tax as an example, saying lower corporate tax rates paired with a carbon tax were beneficial to energy-efficient businesses with low carbon emissions. The same applies to a cap-and-trade system like what was introduced in Alberta, where top-performing oilsands producers will have credits to sell at the end of the year, providing these businesses with an additional revenue stream.

Tom Butler, CEO of the International Council on Mining and Metals, agreed that carbon pricing could be a competitive advantage for B.C. While he admits that some of the council’s members in British Columbia have been uncomfortable with the policy, he argued that ultimately the carbon price is forcing companies to focus on developing low-emission products and practices that put B.C. mining companies ahead on technological and regulatory compliance fronts.

“Because carbon pricing is being applied already, people are being pushed to look for every possible efficiency,” Butler said. “If you look at businesses in the U.S. they don’t have to pay as much for their energy, and as a result they’re less efficient.”

Government to evacuate Canadians from quarantined Diamond Princess cruise ship
Feb 16, 2020 3:05 PM
Comments
We welcome your feedback and encourage you to share your thoughts on this story. We ask that you be respectful of others and their points of view, refrain from personal attacks and stay on topic. To learn about our commenting policies and how we moderate, please read our Community Guidelines.