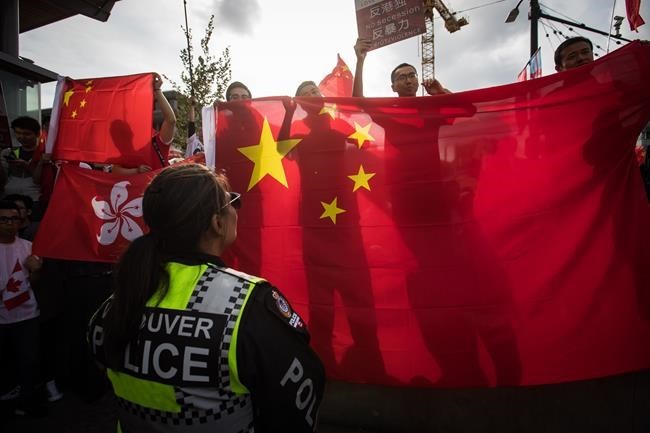 She made the remarks in a joint statement issued Saturday with her counterpart in the European Union, Federica Mogherini.

The statement says that both Canada and the EU support Hong Kong's "high degree of autonomy" within China, as well as its residents' right to peaceful assembly.

But they are urging restraint in the wake of "a rising number of unacceptable violent incidents."

There have been months of protests in the semi-autonomous region as some residents accuse the Communist Party-ruled Chinese government of chipping away at Hong Kong's democratic rights.

The statement prompted the spokesperson for the Chinese Embassy in Canada to fire back, accusing Freeland of "meddling" in internal affairs.

The spokesperson writes that "the Canadian side should be cautious on its words and deeds" when it comes to Hong Kong.