Don't put bears in your car (yes, that happened) 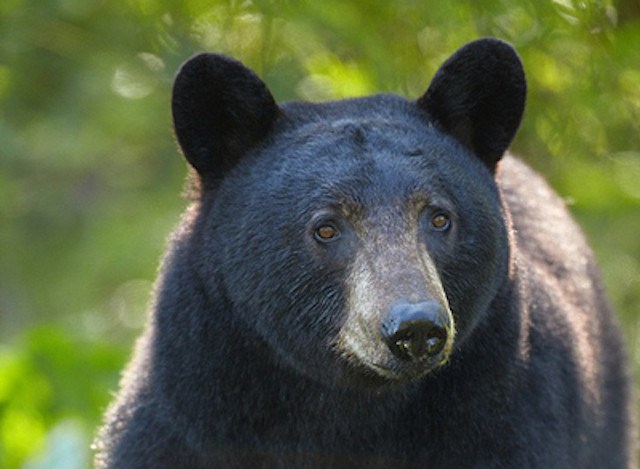 B.C. Conservation officers have likely seen and heard a lot of strange things over the years.

This one will be added to training manuals as one of the strangest.

Conservation Officer Micah Kneller says the dead animal previously mentioned in a bear sighting report has quite a story behind it.

The initial report was that a dead black bear was found in downtown Lake Country on Monday afternoon. After speaking with Kneller in an attempt to get more detail on the encounter, it was discovered that the injured bear was actually transported in a vehicle by a member of the public from a highway near Revelstoke.

"A motorist was travelling from Revelstoke to Lake Country on Highway 1, and they hit a bear on the road. They then picked the injured bear up, put it in the vehicle, and drove to the vet clinic in Lake Country," Kneller says. "It kind of made me shake my head."

The bear died, and the vet clinic contacted B.C. Conservation to take the bear away, Kneller says.

Despite the best intentions, there are serious legal implications — not to mention incredible dangers — in interacting with wildlife in this manner, Kneller says.

"There's a number of issues there. First, anytime someone possesses wildlife they have to have a permit or authorization to do so. As soon as they picked up an injured or dead animal, and they're doing it without notifying us first, they are unlawfully in possession of dead wildlife which is an offence under the Wildlife Act," Kneller says.

"The vet clinic, in taking the bear, is putting themselves in violation of the Wildlife Act as well because they are in unlawful possession of dead wildlife."

Anyone who has seen the movie Tommy Boy recognizes this scenario instantly, as Chris Farley and David Spade's characters learn that a stunned animal can cause serious issues for motorists (see clip below).

This attempt at doing a good deed could have ended with fatal consequences for the couple.

"Addressing the obvious... picking up an injured black bear up off of the highway is extremely dangerous. You don't know if the bear's stunned and it could wake up in your vehicle, and then it's going to attack you because it doesn't know what's going on," Kneller says. "Just simply stopping on that highway to pick an animal up is dangerous in itself."

Kneller advised that those encountering a situation like this should call the WARP (Wildlife Alert Reporting Program) line number at 1-877-952-7277 for assistance from conservation officers.

Kneller says you also have to feel for the vet clinic in this situation, as they were put in the awkward position likely knowing they were unable to treat the animal.

"Veterinary clinics are not permitted or authorized to do veterinary work on wildlife. They're there to work on livestock and pets," Kneller says. "They may take them and report it to us right away, but they're not going to do the work on the animals. They don't have the expertise or the authorization. Furthermore, to do veterinary work on a black bear is just not something that we would do."

VIDEO: Bear makes backyard leap
Jun 27, 2019 9:35 AM
Comments
We welcome your feedback and encourage you to share your thoughts on this story. We ask that you be respectful of others and their points of view, refrain from personal attacks and stay on topic. To learn about our commenting policies and how we moderate, please read our Community Guidelines.