Dozens of dogs waited for photos with Santa at this SPCA in B.C. (VIDEO) 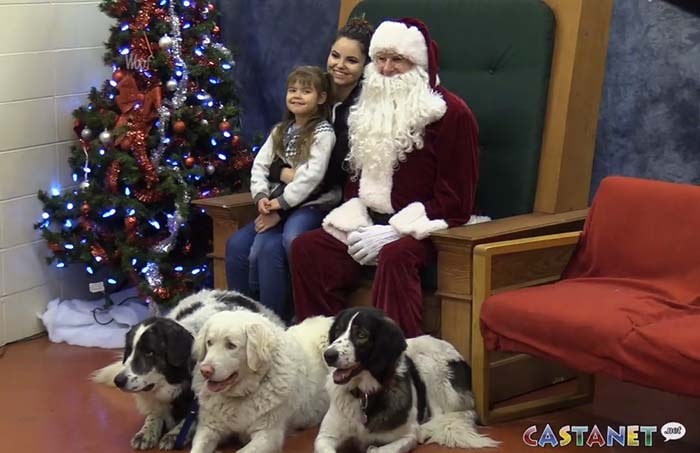 Penticton’s SPCA was a full house Saturday with over 80 pets and their owners checking in for the annual SPCA photos with Santa Claus. (via Castanet)

Penticton’s SPCA was a full house Saturday with over 80 pets and their owners checking in for the annual SPCA photos with Santa Claus.

The event only ran for three hours in the afternoon, but dozens of pets were photographed and the waiting room was full of dogs.

“It’s just to raise some extra money for the SPCA,” said Robyn Asher, a volunteer who helped run the bake sale in conjunction with the pet and Santa pictures.

“I’ve got two cats that I adopted from the SPCA, and it’s a good cause!”

Photos with Santa cost $20 for two 5×7 prints. Photographer Peter Joyce donated his time for the event.

More than 80 pets were photographed this year. Dogs were certainly dominant, but other types of animals have met Santa in years past.

“We had a couple of parrots a few years ago, and we’ve had some rabbits, ferrets,” said Penticton SPCA branch manager Carolyn Hawkins.

She says the annual Santa photo event brings in needed revenue for the SPCA.

“It’s great and it’s raising money for all of the animals in our shelter.”

Six months after PS752 downing, Coquitlam family struggles with loss amid pandemic
Jul 13, 2020 11:05 AM
Comments
We welcome your feedback and encourage you to share your thoughts. We ask that you be respectful of others and their points of view, refrain from personal attacks and stay on topic. To learn about our commenting policies and how we moderate, please read our Community Guidelines.