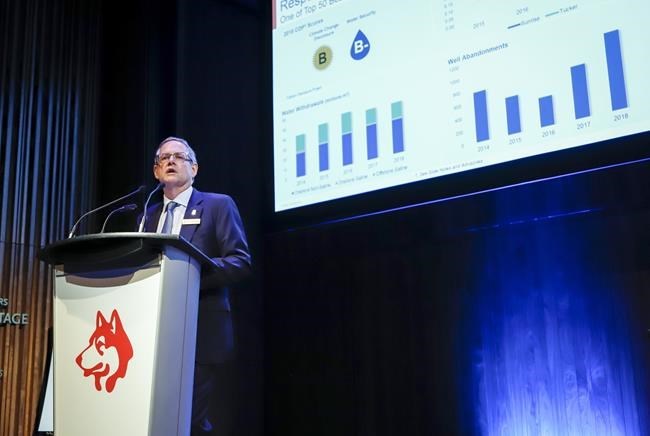 Husky Energy Inc. will release its planned 2020 capital expenditure and production guidance before markets open on Monday. The Calgary-based energy company confirmed in October that it was laying off staff, but would not say how many, as part of a plan to align its workforce with its capital plan and strategy.

The lion's share of Canada's major banks will report their fourth-quarter earnings this week. Bank of Montreal is expected to report its results on Tuesday, followed by Royal Bank of Canada and National Bank on Wednesday. CIBC and TD are scheduled to report results Thursday. The data comes as tensions between the U.S. and China weigh on business sentiment.

The Bank of Canada is expected to make its key interest rate announcement on Wednesday, followed by a speech by deputy governor Timothy Lane to give a speech to the Ottawa Board of Trade and Ottawa Business Journal on Thursday. The central bank is expected to keep its key interest rate on hold, but economists will be looking for hints in both the rate announcement and speech about what it might do next year.

Discount retailer Dollarama Inc. is expected to release its third-quarter financial results on Wednesday morning. The company has said the trade war between the U.S. and China has made it more challenging to find new products that appeal to customers.

Statistics Canada is expected to release its labour force survey for November on Friday. The Canadian economy lost 1,800 jobs in October following gains of 54,000 in September and 81,000 in August.

Racism not ruled out as motive in unprovoked tripping of Burnaby, B.C., senior
May 29, 2020 10:05 AM
Comments
We welcome your feedback and encourage you to share your thoughts. We ask that you be respectful of others and their points of view, refrain from personal attacks and stay on topic. To learn about our commenting policies and how we moderate, please read our Community Guidelines.