How mobile phones could help trace the spread of COVID infections 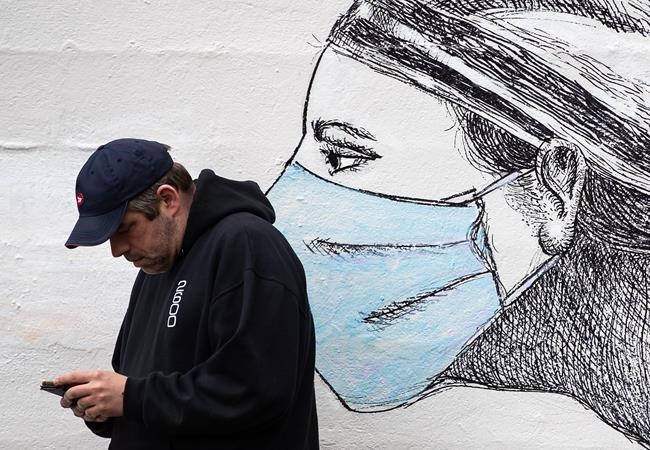 As provinces begin to reopen their economies, there's a movement afoot to use mobile phones to alert health authorities to new cases that could lead to future outbreaks.

Health authorities say that containment of the pandemic will depend on quick identification and monitoring of people who have been in close contact with someone infected with the coronavirus, a process known as contact tracing.

The conventional approach to contact tracing involves labour-intensive in-person consultations in a medical setting, door-to-door canvassing or phone calls to people who are known to the patient.

Given that most of the population carries a cellphone or smartphone with them, there's a push from health advocates and technology companies alike to add mobile apps to the list of tools used to collect and share information quickly.

"The idea around using mobile phones during the pandemic is based on the fact that they're so ubiquitous," says Emily Seto, a researcher at University of Toronto, though she noted it's seen as a supplement rather than a replacement for manual tracing.

Cell phones with contact tracing software installed use the phone's Bluetooth capabilities to log every other app-equipped mobile device it comes close to, providing a detailed record for health officials to follow in the event of an exposure to a virus carrier.

However, it's unclear if Canadians will agree to divulge sensitive information about themselves through their phone, said Seto, a University of Toronto assistant professor who researches health informatics.

"It's a balance between ethics, in terms of privacy and confidentiality, and what is good for the public," Seto says.

While Singapore, Australia and other countries were early to adopt mobile phones to locate or notify people with COVID-19, Canada and the United States are being cautious because of concerns raised about privacy and security.

In Canada, Alberta launched ABTraceTogether, an app that's in use in the province. According to the province's website, the app creates a unique user number for each device it's installed on and shares only that number in the event it becomes relevant in an exposure case. No other user data, such as phone numbers or names, are revealed.

A Vancouver-based company with expertise in data security says it has developed a new app that does away with the need for users to trust their private information to a central server.

"With our solution, we're basically saying that your user information is not going to get stored in a centralized place and you can decide whether to inform a health authority when you choose to."

She says Pandimik turns a user's phone into a virtual server that can send notifications directly to other devices without a health authority's intervention.

Seto, from the University of Toronto, says one weakness of using mobile phones against the COVID pandemic is that it depends on somebody first getting a positive test result and then sharing it for the general good.

Telus Corp. says it is working on a different approach that uses carefully anonymized data from its mobile phone network to monitor travel patterns of groups rather than individuals.

Pam Snively, chief data and trust officer at Telus, says the information can help predict where large numbers of people likely to travel, so policy makers can adjust their public health strategies if COVID is detected in a particular area.

"We think we can provide a tremendous amount of insight and help with better decision-making with that data alone. And we know that's truly privacy protective," Snively says.

CFL's Edmonton Eskimos speed up name review as sponsor backlash builds
Jul 8, 2020 10:05 AM
Comments
We welcome your feedback and encourage you to share your thoughts. We ask that you be respectful of others and their points of view, refrain from personal attacks and stay on topic. To learn about our commenting policies and how we moderate, please read our Community Guidelines.