Man gets creative, uses binoculars and iPhone to photograph pair of eagles

The photo of the birds in their natural habitat made the rounds on social media.
Feb 25, 2021 2:50 PM By: Alanna Kelly 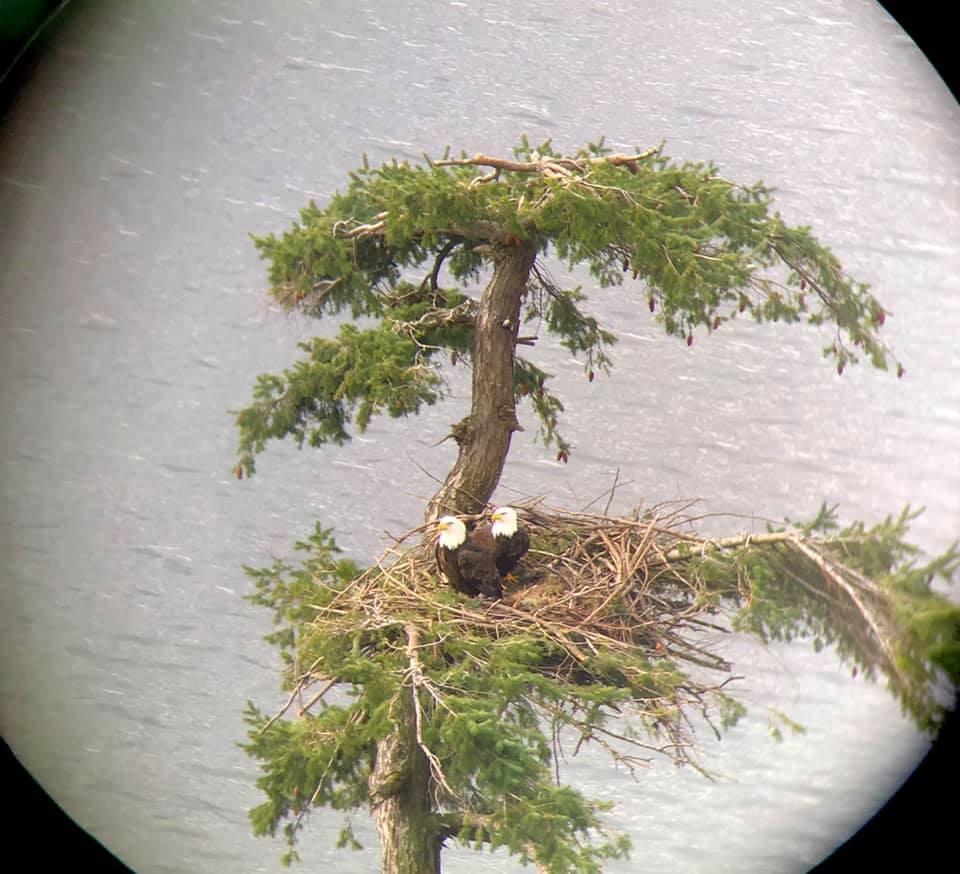 A Denman Island man used innovation to capture a spectacular photograph of two eagles sitting in a tree.

Jon Hirst and his wife Sue were spending their Saturday afternoon hiking around the island when they came across a group of sea lions.

“Sue was just walking further up the trail and shouted back at me, ‘Hey come look at this!’” recalled Hirst. “Somewhat reluctantly, I broke away from the sea lions and lo and behold there’s a couple of eagles in this tree.”

The tree was below the trail and sticking out over the ocean, giving Hirst and his wife a fantastic view of the birds.

“Looking through binoculars, it looked spectacular and of course you take a picture with your phone and it looks like nothing,” said Hirst. “There’s this little white speck on a blue ocean background in the distance.”

He decided to put his iPhone camera up to the binoculars to try and photograph the eagles.

“It was about five minutes of pain and about 20 different shots to get it to line up,” he said.

“You’re holding up a pair of binoculars, holding up your iPhone and looking through your phone trying to get these two things to stay aligned. I don’t necessarily recommend it.”

With very sore arms, he managed to get a clear photograph and shared it on a Facebook group called Field Naturalists of Vancouver Island.

“People kind of like the shot and it got shared a few times,” added Hirst. “I think there are some way better photos on that Facebook page. I am not quite sure what happened here.”

Hirst said the bar has been set very high and he likely won’t be able to repeat his photograph.

“It’s an amazing part of the world.”