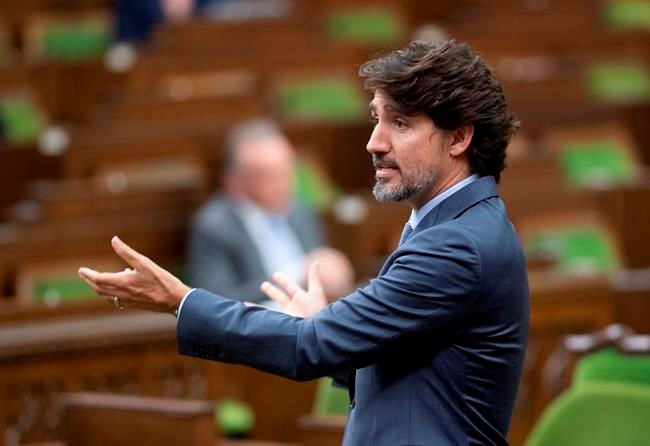 MPs on the House of Commons ethics committee will meet this afternoon (July 29) to push forward their own parliamentary probe of the federal government's aborted deal with WE Charity to run a student-volunteer program.

The committee is seeking documents on the speaking fees the charity paid to Prime Minister Justin Trudeau's immediate family, which amount to some $300,000 plus expenses.

Opposition MPs, who outnumber Liberals, have also used their numbers to ask Trudeau to testify before the ethics committee as part of its work.

Trudeau is set to testify tomorrow at the House of Commons finance committee about the events that led to his cabinet's asking WE Charity to oversee a program that provides grants to students and graduates for volunteering if they couldn't find work in the pandemic-slowed economy this summer.

The ethics committee is meeting separately to look into the conflict-of-interest safeguards around government spending decisions.

The Liberals budgeted $912 million for the student-volunteer program, but only agreed to pay a maximum of $543 million to WE: about $43.5 million in administration fees to the group and the remainder to be spent on the grants.

On Tuesday (July 28), WE co-founders Craig and Marc Kielburger told the finance committee that they expected the program to cost up to $300 million.

Tesla offering free 'touchless' test drives in B.C.
Aug 3, 2020 12:35 PM
Comments
We welcome your feedback and encourage you to share your thoughts. We ask that you be respectful of others and their points of view, refrain from personal attacks and stay on topic. To learn about our commenting policies and how we moderate, please read our Community Guidelines.