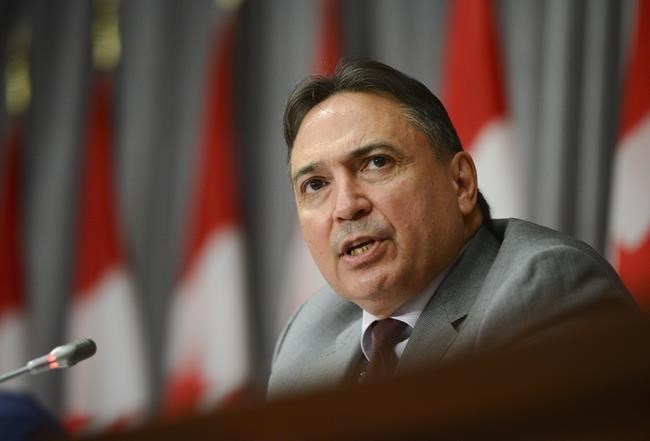 Last Friday (Oct. 23), Bellegarde said he had "lost confidence" in Lucki after months of unrest and urged Prime Minister Justin Trudeau to replace her with "someone who will focus their attention on public safety and combating racism."

The call for her resignation came as the RCMP has faced heavy criticism for its response to violence toward a disputed Mi'kmaq moderate livelihood lobster fishery in Nova Scotia.

Bellegarde now says that he had a brief conversation with Blair on Monday (Oct. 26), but he has not had "formal communications" with the federal government or the RCMP on the issue.

Pressed in the House of Commons today (Oct. 28) to explain how he still has confidence in Lucki, Trudeau said the RCMP has not always treated racialized and Indigenous people fairly.

He said he looked forward to working with the commissioner to bring forward "meaningful change" to ensure the police treat all people with dignity and respect.

She says the department will work with him to achieve progress and that police services need listen and learn from the perspectives of Indigenous people.

Imperial Oil to write off up to $1.2B in Alberta natural gas assets
Dec 3, 2020 8:05 AM
Comments
We welcome your feedback and encourage you to share your thoughts. We ask that you be respectful of others and their points of view, refrain from personal attacks and stay on topic. To learn about our commenting policies and how we moderate, please read our Community Guidelines.