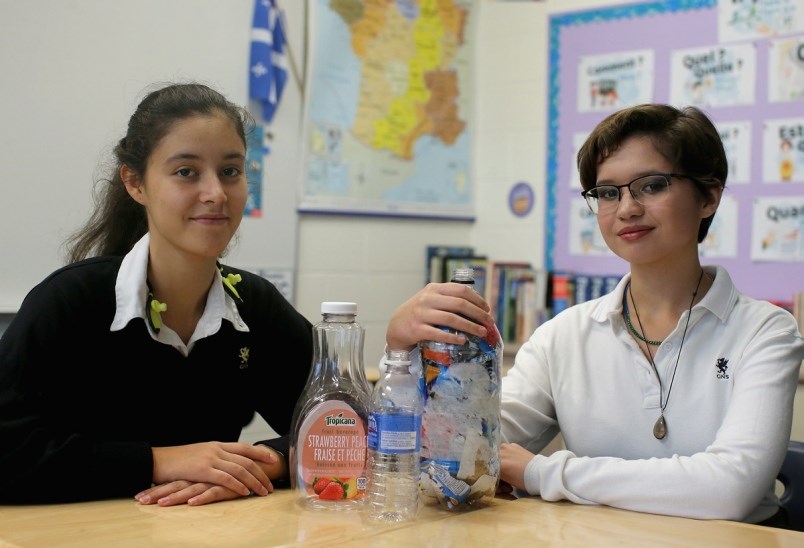 Charlotte Brady and Anastasia Castro began raising a ruckus about single-use plastics when they were in Grade 8 — a bit younger than Greta Thunberg was when she sat down for her first climate protest.

Often, their audience would listen indulgently — as one does when young people show a social conscience — and make encouraging noises before shifting focus to more pressing items on the agenda. Once, the girls waited five hours to get a crack at Victoria city council while speaker after speaker droned on about pot.

Not everyone wanted to listen. One merchant laughed in their faces when they urged him to get rid of plastic bags. When the duo solicited signatures on a petition, some people would cross the street to avoid them, while others would launch into a purple-faced lecture. (“Eventually they would lose steam and go away,” Castro says.)

But the teenagers stuck with it, year after year, making their case, dragging the decision-makers along until some caught up to their crusade.

Victoria and other municipalities tried to ban plastic carrier bags, though a court ruled they couldn’t do so without the province’s approval. The federal government has promised to ban harmful single-use plastics as early as 2021.

The 49-page report, prepared for Kids for a Plastic Free Canada (essentially Castro, Brady and a few others, with the support of former teacher Margaret McCullough of the Surfrider organization), lists measures it says the province should enact with the goal of avoiding and reducing the use of plastics where possible, and of otherwise reusing and recycling them.

Among other things, the UVic blueprint calls on the province to:

• Develop standards to ensure compostable single-use items are fully biodegradable if tossed out as litter.

• Require producers of such products to pay for their collection (in the same way that producers of blue box recyclables already do).

• Require businesses to have a plan to reduce the use of disposable cups and disposable food containers, and offer them help to do so.

• Make vendors charge for every disposable cup they provide.

Why should the provincial government do all this when a federal ban is on the way?

Because the province’s legal jurisdiction is clearer, the report says, and “there is no guarantee that the federal government will finally deliver on the single-use plastics action it has promised.”

The authors of the report, led by law student Kiran Gill, frame the overarching problem this way: “Our current throw-away plastic economy leads to unsightly litter in our communities, the clogging of our stormwater systems and the overfilling of our waste bins and landfills.

“Perhaps more important, the wasteful use of plastic consumes vast amounts of oil and gas and threatens the world’s climate. Finally, this waste is a major cause of the mounting pollution crisis in our waterways and oceans.

“The plastics problem becomes ever more urgent. The demand for plastics doubled in the last 20 years — and is expected to double again in the next 20 years. If the issue of plastic waste is not addressed, the accelerating use and production of plastics could spell disaster for our oceans and our climate.”

How Heyman will react to the report is unknown, but Castro and Brady have earned the right to join the Surfrider ocean-protection group in delivering it to him.

They have also, at an age at which some of us were working on no greater goal than learning how to smoke, earned the right to be taken as seriously as anyone else who has spent four years dedicated to a cause bigger than themselves.

Sobeys grocery chain will phase out plastic bags at all stores nationwide
Jul 31, 2019 10:09 AM

VIDEO: Sea lion swims with delight after rescue team cuts plastic off neck
Sep 27, 2019 1:05 PM
Comments
We welcome your feedback and encourage you to share your thoughts on this story. We ask that you be respectful of others and their points of view, refrain from personal attacks and stay on topic. To learn about our commenting policies and how we moderate, please read our Community Guidelines.