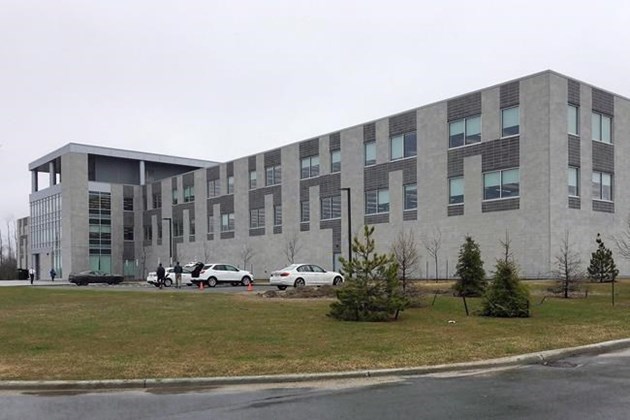 The country's biggest civil-service union declared a victory for its members Tuesday as the Trudeau government moved to change a tax rule that has caused headaches for federal employees overpaid by the problem-plagued civil service pay system.

The Finance Department announced draft legislation that would see overpaid employees — regardless who they work for — required to repay only the amounts deposited into their bank accounts in a prior tax year.

The draft was released shortly before the government also announced it was replacing the top bureaucrat in charge of the buggy Phoenix pay system.

Marie Lemay, whom many frustrated civil servants turned to directly for help in dealing with pay gaffes, was appointed as senior adviser to the secretariat that runs the federal cabinet, the Privy Council Office, "prior to an upcoming appointment," the Prime Minister's Office announced.

Lemay had worked as deputy minister in charge of Phoenix since shortly after the system was launched in the spring of 2016, and was the public face of Phoenix as complaints about paycheques began pouring into her office at Public Services and Procurement Canada.

Many of those complaints involved overpayments to government employees, which were exacerbated by stiffly interpreted federal tax laws.

Under current legislation, any employee who received an overpayment in a previous year was required to pay back the gross amount of the overpayment to their employer, which includes income taxes, Canada Pension Plan contributions and Employment Insurance premiums.

In many cases, the law meant workers were required to pay back to the government hundreds, and even thousands, of dollars they never directly received.

The Public Service Alliance of Canada, which represents the bulk of federal workers, had called on Ottawa to exempt civil servants from the tax law, given the size and complexity of overpayments made through the Phoenix system.

It called the proposed new legislation a "major victory" while lamenting that the move should have been made much sooner.

"We would have preferred to have this legislation tabled years ago, but we're pleased that it will be retroactive to 2016, the year the Phoenix crisis began," PSAC national president Chris Aylward said in a statement.

"The government must now move as quickly as possible to implement the legislation."

Since its launch nearly three years ago, more than half the federal civil service — more than 156,000 workers — have been overpaid, underpaid or not paid at all through Phoenix.

For many of those who inadvertently received too much pay, returning the money has been a two-pronged nightmare. In many cases, employees were told to keep track of the money, but not to pay it back until later so as to not further burden the pay system.

Those same employees who hadn't paid back the overpayments until a following tax year were later told they must pay back the amounts deposited to their bank accounts, plus CPP contributions, EI premiums and income taxes that had already been deducted by their employer.

"To alleviate this burden and help affected employees, the Department of Finance Canada is releasing draft legislative proposals that would — under certain conditions — permit an affected employee to repay to their employer only the net amount of the overpayment received in a previous year, rather than the gross amount," the department said in a statement Tuesday.

"Under the proposed legislation, the (Canada Revenue Agency) would be able to refund directly to the employer the income tax, CPP, and EI withheld on an overpayment that occurred through a system, administrative, or clerical error. As a result, affected employees — who received overpayments through no fault of their own — would no longer be responsible for recovering these amounts from the CRA and repaying the gross amount of the overpayment to their employer."

Even though the draft legislation is only in the proposal stages, the department said public and private-sector employees can apply the new rules to their individual tax situations "immediately" for overpayments made after 2015, and that CRA will process overpayments as if the legislation has already been enacted.

The government's goal in launching Phoenix in 2016 was to streamline multiple outdated civil service pay systems, and save taxpayers millions of dollars in the process.

But the bungled pay project was estimated by the end of 2018 to have cost $1.1 billion, including its implementation and efforts aimed at stabilizing it that have continued into this year.

'Unfathomable': U.S. death toll from coronavirus hits 200K
Sep 22, 2020 5:05 PM
Comments
We welcome your feedback and encourage you to share your thoughts. We ask that you be respectful of others and their points of view, refrain from personal attacks and stay on topic. To learn about our commenting policies and how we moderate, please read our Community Guidelines.