Telus won't say when its 5G phones are coming, unlike rivals Rogers, Bell 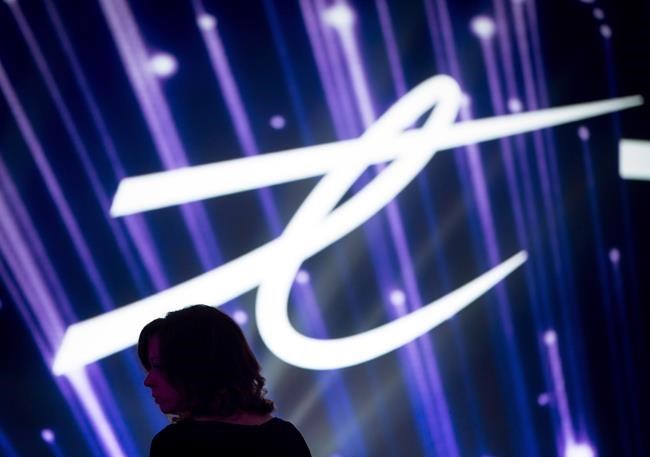 His reluctance to say when Telus will have 5G phones and services ready is a contrast to this week's announcements that Rogers and Bell Canada are taking orders for models of Samsung 5G phones, to be available March 6.

Entwistle said he wanted to signal that Telus has a philosophy of focusing on making sure its execution will be right before announcing a new product or service.

"It really is the way we operate," he said. "So when we launch 5G, from a network readiness to device availability to speed accretion (improvement), then the press release will go out that morning.

"Clearly, this is something that we're going to do in 2020. I'm just not going to step beyond that from a specificity point of view."

The arrival of fifth-generation wireless networks — coupled with expanded fibre optics to wireless signal towers and to homes — is expected to make a revolutionary change to communications around the world.

However, Entwistle said on the Vancouver-based company's fourth-quarter conference call that "the progression on 5G is not a sprint but rather a marathon."

Telus, Rogers and Bell have each spent billions of dollars in recent years getting ready for the arrival of 5G — which is expected to be many times faster than 4G networks.

However, so far, Samsung will be the first mainstream cellphone maker to have a 5G phone in the Canadian market. Its chief rival, Apple, hasn't announced its plans for a 5G phone.

Of Canada's Big Three carriers, Telus has been the most supportive of using Huawei to provide radio access equipment — essentially the antennas and some other non-core infrastructure installed at cell towers.

Rogers has chosen its long-time supplier Ericsson — a Swedish company — and Bell has said its first contracts for RAN equipment are with Nokia of Finland, although it left open the possibility of choosing other vendors as well.

Quebecor's Videotron has opted to go with Samsung for its 5G radio access equipment.

Although the Korean company is a major supplier of smartphones, consumer electronics and appliances in Canada and globally, it isn't a major player the network equipment market, which is dominated by Huawei, Ericsson and Nokia.

Telus chief financial officer Doug French said in a statement after the conference call that the company's initial 5G module will be with Huawei but "we continue to explore supplier diversification."

"As 5G and 4G technology and network components are interoperable, it is natural that we build from our 4G supplier ecosystem, while continuing to collaborate with the Canadian government," French said.

The Trudeau government has yet to decide whether it will allow Huawei equipment into Canadian fifth-generation networks, amid opposition from the United States, which alleges the company is a tool of the Chinese government.

Canada has allowed Huawei to supply non-core equipment to 3G and 4G networks for more than a decade, but only with extra scrutiny that hasn't been required of Ericsson or Nokia.

Telus reported earlier Thursday that it had $379 million of net income in the fourth quarter, up three per cent from $368 million a year earlier.

Analysts had estimated 68 cents per share of adjusted net income and $3.87 billion of revenue, according to financial markets data firm Refinitiv.

Canaccord Genuity says the 70,000 mobile phone subscriptions added by Telus during the quarter was in line with expectations but the rate of churn, resulting from losing subscribers, was higher due to a highly competitive market.

Coronavirus fears similar to what Vancouver 2010 Olympic organizers faced with H1N1
Feb 19, 2020 10:05 AM
Comments
We welcome your feedback and encourage you to share your thoughts on this story. We ask that you be respectful of others and their points of view, refrain from personal attacks and stay on topic. To learn about our commenting policies and how we moderate, please read our Community Guidelines.