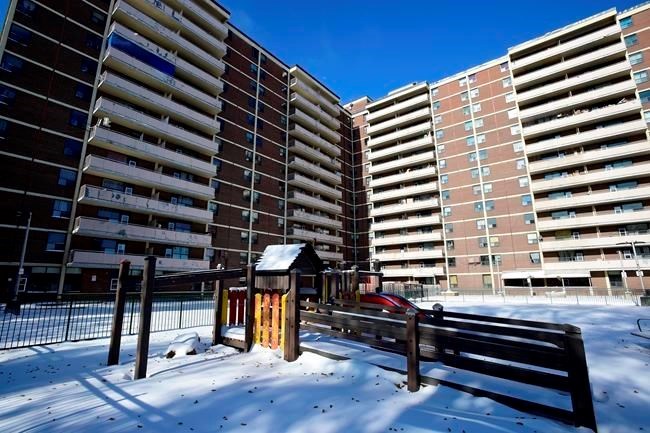 Police in Toronto say a two-and-a-half-year-old girl is dead after she was struck by an air conditioner that fell from an eighth-floor apartment.

Const. Caroline de Kloet, a police spokeswoman, said the child died in hospital after she was hit Monday outside an east-end apartment building.

"It's a terrible tragedy," she said. "From the interviews that investigators have done, they've come to the conclusion that there won't be any criminal charges."

De Kloet said the youngster was with other people at the time, but investigators have not yet confirmed who they were, or if the girl's family lives in the same area.

She also said there was information that a stroller was seen at the site, but it's not yet known if the girl was in it.

The spokeswoman also said the air conditioner was in a window before it fell.

Police received a call for help in the city's east end around 3:30 p.m, and upon arrival discovered that an air conditioner had fallen from a suite and struck the child.

She was taken to hospital with very serious injuries.

Six months after PS752 downing, Coquitlam family struggles with loss amid pandemic
Jul 13, 2020 11:05 AM
Comments
We welcome your feedback and encourage you to share your thoughts. We ask that you be respectful of others and their points of view, refrain from personal attacks and stay on topic. To learn about our commenting policies and how we moderate, please read our Community Guidelines.