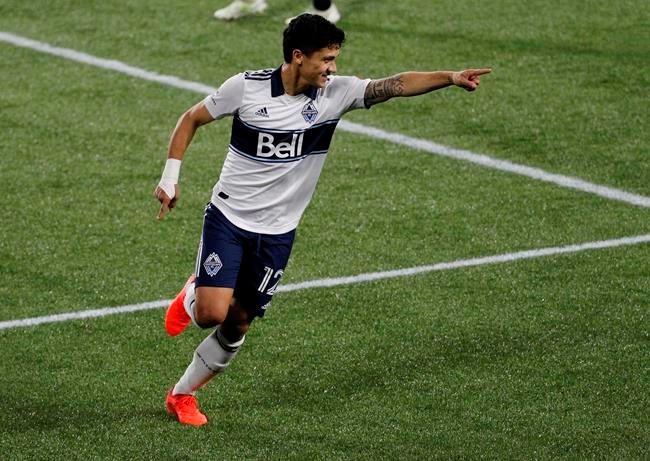 The Vancouver Whitecaps are hanging on to several of their young players and continuing contract talks with two veterans.

The 'Caps opted not to pick up an option for veteran midfielder Andy Rose, but the club says in a release that it is "continuing discussions" with both Rose and forward Fredy Montero, whose contract runs out at the end of December.

Vancouver also opted not to exercise its option on academy product Georges Mukumbilwa, and 'keeper Bryan Meredith has not been offered a new contract.

The club says it "continues to work towards finding a new team" for winger David Milkinovic.

The Whitecaps finished the season with a 9-14-0 record, missing the playoffs for the third year in a row.

Sporting director Axel Schuster said in a release that the club has built "a solid foundation of youth and experience" and is pleased to have most of the roster returning for the 2021 season.

“This past season, our group grew together, and we established a clear identity," he said. "Over the coming weeks and months, we will have additional moves and right now the vast amount of our time is spent working toward adding impact players who will fit our profile and complement our group.”