Distraught man claimed to possess rifle with woman inside same home
Jun 29, 2020 9:15 AM By: Kyle Balzer 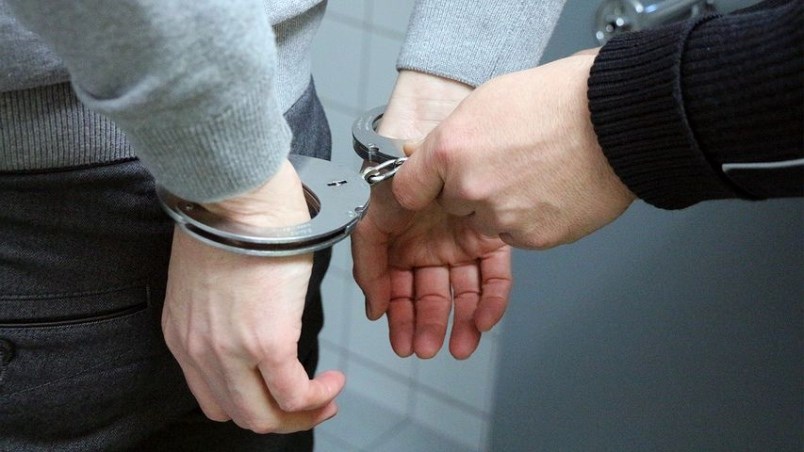 Man being arrested. (via File photo)

A 26-year-old man is in custody after standing off with police for more than 10 hours in a First Nations community in northern B.C.

On Saturday (June 27), New Hazelton RCMP responded to reports of an assault on the Gitsegukla First Nation Reserve around 3:40 a.m., which determined a distraught man barricaded himself in the home with a woman, as per a witness statement, and claimed to be in possession of a rifle.

A standoff ensued and continued for several hours with Mounties increasing their presence at the home and receiving support from a Crisis Negotiator and a Critical Incident Commander.

Neighbouring residents were evacuated and a dead-end road was created as a precaution until about 2:15 p.m. when both occupants left the house.

The man was taken safely into custody, nobody was injured and no firearms were found inside the residence after officers completed a search.

New Hazelton RCMP say the investigation is ongoing and, at this time, the man is facing potential charges.

“We wish to thank all those in the community who were impacted for their patience, understanding and cooperation during the day,” said S/Sgt. Darren Durnin in a release.

“We also wish to extend our thanks for the support and assistance provided by the elected leadership and the volunteer fire department.”

The man is also being medically assessed.