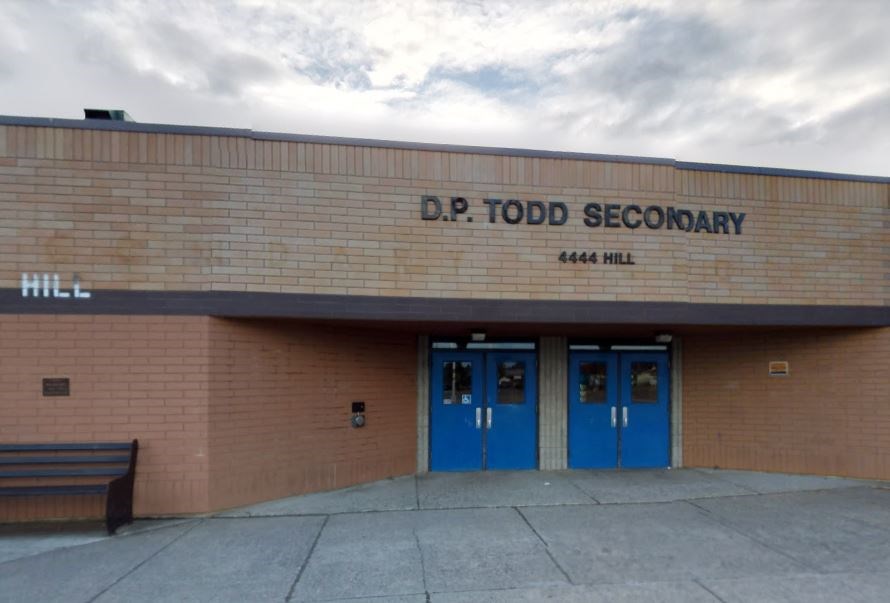 The board of education approved the five-year 2020-21 capital plan, which the board must submit to the ministry of education by June 30, at the board's regular June 18 public meeting,

The plan addresses SD57's current capacity challenges through a proposed expansion project at D.P. Todd Secondary School which would amount to $40,045,503.

The hope is to add room for an additional 300 students. Currently, D.P. Todd has 640 students, but its capacity, as listed by the ministry, is 600.

This expansion would also help take the pressure off of Duchess Park Secondary as its current student population, including 44 Ecole Franco-Nord graduates, is 1,075 and its capacity is only 900.

“We are hopeful to get some help from the ministry on our proposed expansion project at D.P Todd Secondary school as it’s a part of our five-year capital plan,” said Trustee Ron Polillo, who is the chair of the education services committee. “Actually that plan has been there for a while and we are proposing an expansion, renovation project up to 300 more seats for D.P. Todd.”

Playgrounds have also made the list as the capital plan includes new submissions for the playground equipment program.

This is the second year submission have been included in the plan and it includes new standard playground equipment requests for McBride Centennial Elementary, Hart Highlands Elementary, College Heights Elementary, Heritage Elementary, and Foothills Elementary.

This submission also includes the demolition of the closed Mackenzie Elementary School at $815,000.

“This is our five-year ask to the ministry,” said Board Chair Tim Bennett. “While we are putting in requests for funds to help with the demolition of McKenzie Elementary that decision has still not been made by the board, but as we put in a plan for five years, that is a project the board is currently contemplating.”

The 2020-21 five-year capital plan was approved unanimously by trustees.

You can read the entire capital plan online through the Board of Education's June 18 meeting agenda.

This man is now the Interim Superintendent of Prince George’s school district
May 28, 2019 11:55 AM