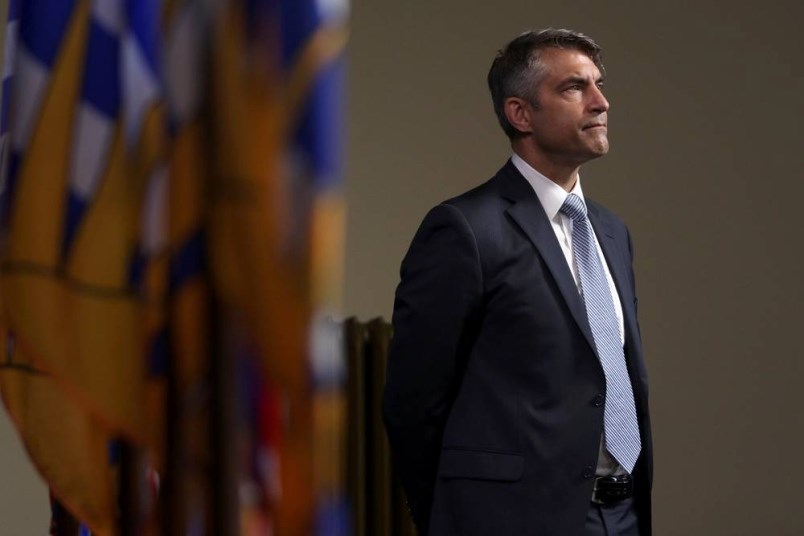 Chief Electoral Officer Anton Boegman looks on at a news conference on how the provincial election will be held during the COVID-19 pandemic at the B.C. legislature in Victoria, B.C., on Tuesday, September 22, 2020. (via The Canadian Press)

More than 406,000 people have registered for mail-in ballots since the Oct. 24 provincial election was called a week ago.

Elections B.C. has said 35 to 40 per cent of surveyed voters had indicated they would request mail-in ballots amid the pandemic.

In the 2017 provincial election, 11,268 people requested mail-in ballots and 6,517 were returned, representing just one per cent of the total ballots cast.

An increase in the use of mail-in ballots likely means British Columbians won’t find out who won the election until several weeks after voting day, according to Elections B.C.

While votes cast on voting day and in advance polls are counted on Oct. 24, absentee ballots — including mail-in ballots — aren’t counted for at least 13 days to allow a “rigorous screening process” to ensure only one ballot is cast per person.

Elections B.C.’s chief electoral officer Anton Boegman has said the count will be conducted as quickly as possible.

About 200,000 mail-in ballots can be screened and processed in a two-week period.

Automation that would have sped up the process was due to be ready for the fixed election date of Oct. 16, 2021.