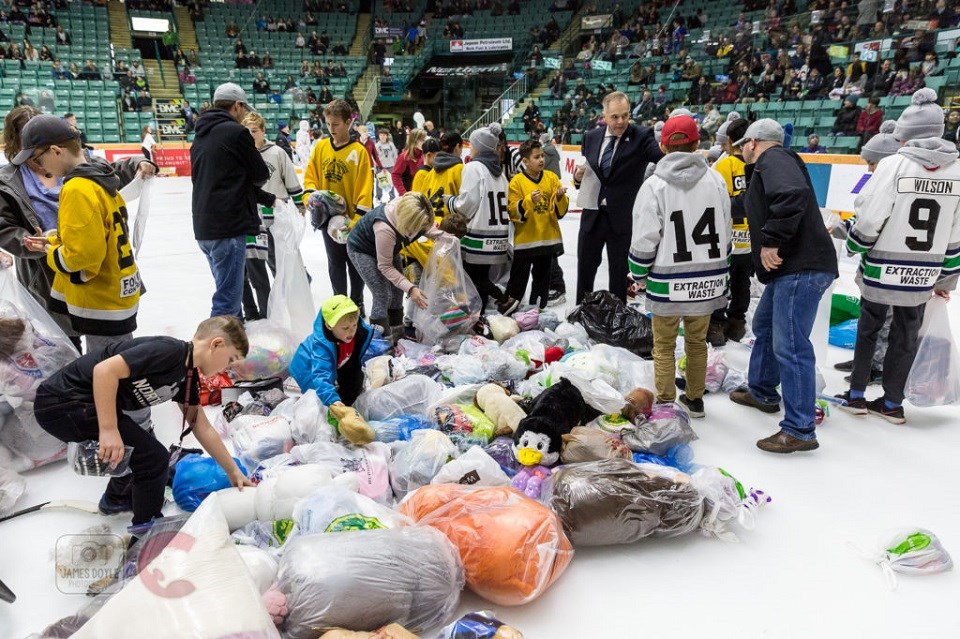 A tradition unlike any other, and very much so for 2020.

The COVID-19 pandemic continued to put the WHL’s 2020-21 season on pause through the holidays, but that didn’t stop the Prince George Cougars from hosting one of its biggest fan-favourite events, albeit in a digital setting.

The team’s virtual Teddy and Toque Toss came through in raising $11,000 in five weeks for the Prince George Salvation Army Food Bank in allowing them to put together more Christmas hampers for deserving families this year.

“Once again, the Prince George Cougars have demonstrated their commitment to support their community,” said Major Neil Wilkinson in a news release on Tuesday (Jan. 12) as the Salvation Army is said to serve more than 1,000 local families per month.

“The Salvation Army is grateful for the enduring partnership to ensure that the most vulnerable children in Prince George had a great Christmas and the support that is needed throughout the entire year.”

The Cougars first set, in retrospect, a modest goal of $5,000 in understanding the financial struggles of others during the pandemic who would normally give to the annual campaign that sees stuffed animals and winter clothing hurled over the glass when Prince George lit its first lamp of the contest.

However, that only took days to raise, which included a big $2,500 assist from TELUS’ Northern BC branch two days before Christmas.

This prompted the organization to set a new bar of $10,000, which was successfully met and beyond last week, the Cougars confirm.

“It’s been an honour to partner with The Salvation Army for so many years and we were blown away by the response of our fans, local businesses, and the community to help combat the unprecedented challenges so many are facing during this pandemic,” added Cougars’ Vice President of Business Andy Beesley.

“We were so disheartened about having to cancel our annual Teddy & Toque Toss, but the response from the community has been so humbling. We’re grateful that with our partners we found a way to raise a significant amount of money that will go a long way in helping families in need in our community.”

If you wish to contribute to the Salvation Army and its causes, you’re encouraged to visit the non-profit’s website.

The Cougars are patiently waiting for the start of its 2020-21 season, to which the WHL has committed a 24-game schedule, at minimum, for whenever approval is received by respective public health officials.