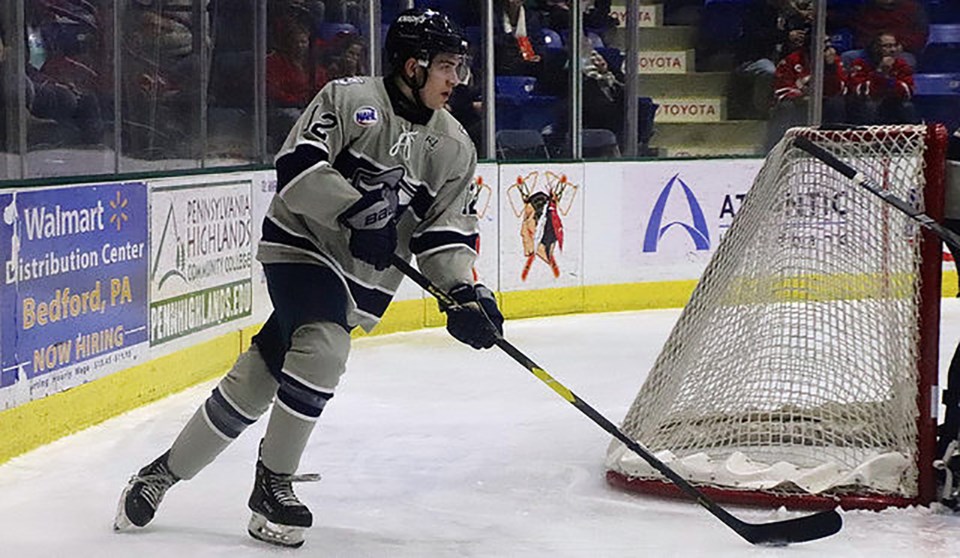 He may not be related to Bobby, but the newest member of the Prince George Spruce Kings is bringing experience to the back end.

Evan Orr has signed with the reigning Fred Page and Doyle Cup champions after suiting up in the North American Hockey League (NAHL) for one season, a junior ‘A’ hockey equivalent to the B.C. Hockey League (BCHL).

The Detroit-born defenceman played out of Pennsylvania last year for the Wilkes-Barre/Scranton Knights and tallied the team’s third-most points by a blue-liner.

The 18-year-old also did some time in the penalty box clocking in 105 minutes, which was the second-most on the Knights’ roster.

“We’re excited to add Evan to our program,” said Spruce Kings General Manager Mike Hawes in a news release. “He is a very mature young man who plays the game hard and plays it the right way. He will fit in well with our group and with what we are trying to do here.”

Orr becomes the 10th current Prince George player to be committed to an NCAA Division One hockey school, set to join the Michigan Tech Huskies this time next year.

He also joins the Spruce Kings’ search in finding the first win of its championship-defending season, losing to Surrey back-to-back on the weekend.

The ‘Kings host Victoria and Penticton on Friday (Sept. 13) and Saturday (Sept. 14) respectively at the Rolling Mix Concrete Arena (RMCA).

Prince George Spruce Kings sign 12 new players, gain international attraction
Jun 27, 2019 2:11 PM
Comments
We welcome your feedback and encourage you to share your thoughts. We ask that you be respectful of others and their points of view, refrain from personal attacks and stay on topic. To learn about our commenting policies and how we moderate, please read our Community Guidelines.