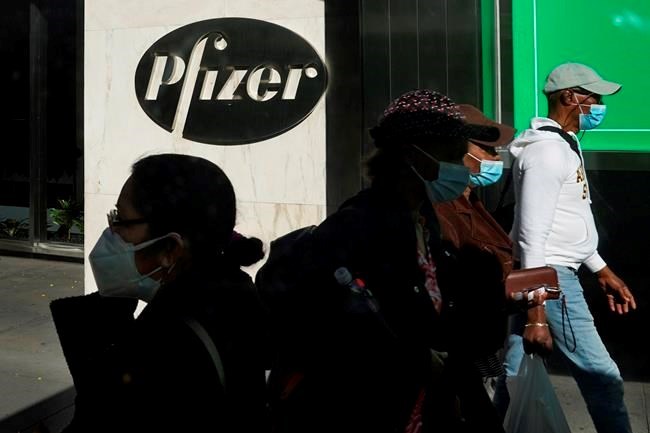 Despite recent optimism over reported results from COVID-19 vaccine trials, virologists say there is still a long way from lab bench to bedside.

"You would think by this stage of the pandemic we would be leery and skeptical of science by press release," said Ross Upshur of the University of Toronto's Dalla Lana School of Public Health.

"The data that has been released was interim data," said Alyson Kelvin of Dalhousie University. "The trials are still going on."

Two companies, Pfizer and Moderna, have recently announced they're developed COVID-19 vaccines that are 95 per cent effective. The news has juiced stock markets, induced politicians to call for expedited use and blown a breath of optimism to a world weary of masks and self-isolation.

But wait a minute, experts say.

A 95-per-cent effective vaccine doesn't mean it completely protects 95 per cent of recipients. It means recipients have a 95-per-cent lower chance of contracting the disease than someone who didn't receive it.

"It's a relative comparison," said Upshur.

As well, there's a ton of data that has to be independently reviewed, none of which has yet been released. Researchers have to confirm if there's anything that might have distorted the results.

"It's important to see what the actual numbers were, to see if (for example) the people who were vaccinated with the placebo were at a higher risk of contracting the disease," Kelvin said.

"We want to pick apart those parameters."

She says Phase 3 trials, which involve large cohorts of up to 40,000 people, typically take two to three years. That's because adverse effects sometimes take a while to appear -- especially if they involve smaller groups within society.

Upshur points out 95 per cent is an exceptionally high success rate.

"It's a new technology. It's a new vaccine. We've never had 95-per-cent efficacy before and we've got a very bad track record with respiratory virus vaccines."

Both Pfizer and Moderna have applied in the United States for emergency approval to use the vaccine. That would mean everyone in the trial gets a dose of it, effectively ending any way of monitoring its ongoing effects.

Mistake, said Upshur. A side-effect that only harms one in 15,000 people still adds up when you're inoculating billions.

"We should let these trials run to completion."

He points out every clinical trial is overseen by an ethics board, which has the power to end the trial and OK the vaccine if results are unequivocal. No such decision has been made for either company.

"The World Health Organization has declared vaccine hesitancy as one of the top 10 threats to global health."

Both scientists say the work done to prepare a possible vaccine for an unknown virus in less than a year is impressive work. Kelvin said the drug companies benefited from previous work from around the world on the Zika and MERS viruses.

"We wouldn't be where we are today without that previous experience."

Upshur said virologists understand the pressing need to come up with an answer to COVID-19. But he said more work is needed to ensure the cure isn't, literally, worse than the disease.

"Everybody wants this over yesterday," he said.

"But you can't will away a pandemic and it would foolish and imprudent to override our usual ways of thinking about safety and quality of vaccine."