“A lot of work to be done”: understanding accessibility in Prince George 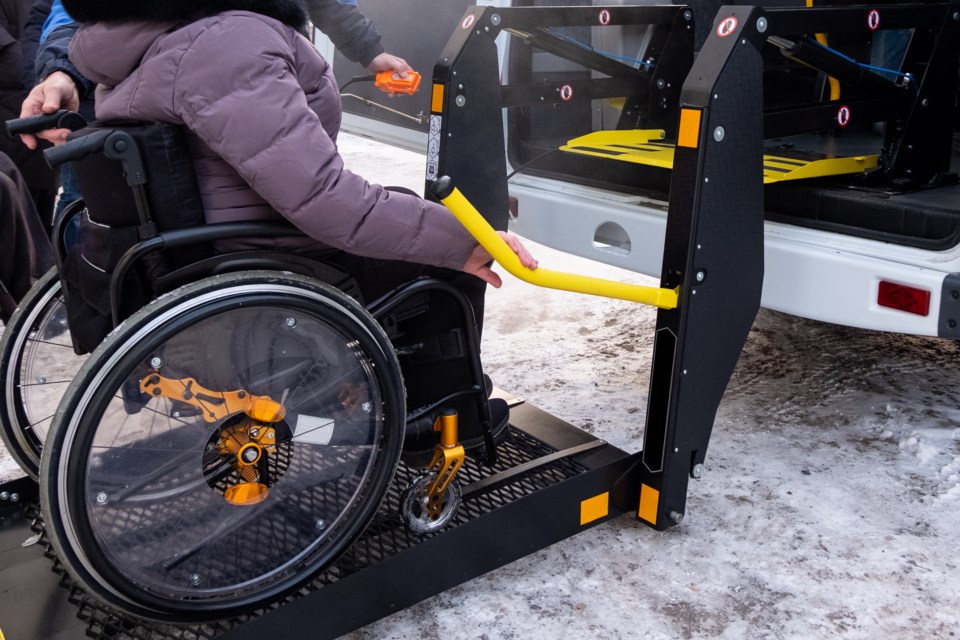 It can be hard to get around Prince George for those living with a disability, especially in the winter.

Heather Lamb, who works with Spinal Cord Injury B.C. and is visually impaired, moved back to Prince George after living away for a number of years.

“I would say that Prince George is getting better, but there are still a lot of issues that make it difficult for people to get around the community to participate fully,” says Lamb. “We have seen some positive changes in the 10 or so years since I’ve been back as an adult, but there is still a lot of work to be done.”

As a part of Spinal Cord Injury B.C., Lamb works with many people who have mobility issues, and she has also served for several years on the city’s accessibility committee.

She says winters are particularly challenging.

“Snow and wheelchairs don’t always go together that well. The city has done a lot of work to improve snow clearing on sidewalks, as a walking person it’s gotten better over the years. However, there are still issues with curb cuts not being cleared out with ice and ice control, in general, is still problematic.”

Lamb says another problem she often comes across is a lack of awareness and understanding.

“I think the biggest problem is that people don’t really know what accessibility means until it impacts themselves or a close family member,” says Lamb. “We often hear from people that are newly injured that they thought everything was accessible and then they realize there are still a lot of gaps”

She says although many people have been working to address gaps over the years’ progress is slow.

“In a perfect world, we wouldn’t actually be having to talk about accessibility anymore because it would be accessible and we wouldn’t have to have this conversation.”

She says aging infrastructure that was built before we had an understanding of access issues is a problem, but there are also new buildings built that are not designed well for people with disabilities.

“We need to do a better job of getting the information out there about why these things matter and how to do things right,” says Lamb. “There’s a huge difference that we hear about and that we see when people are able to access all of the facilities in the community that everybody else accesses without even thinking about it. “

WHAT DO YOU DO IF YOU SEE AN ISSUE?

The city is currently looking for volunteers to sit on the Advisory Committee on Accessibility, which helps advise council on improving access and removing barriers in the community.

But Lamb notes there are other ways to help point out the things that aren’t working as well as they could be, besides sitting on an official committee.

The city has a mobile app that allows anyone to take a picture of an access issue and it will be submitted to the city with the GPS of the area.

“So that’s one way of letting city staff know there is a problem. They can call the city directly if they don’t have access to the app or the website,” says Lamb.

“I would encourage people to get involved, so if people see something that isn’t as accessible as it could be, find out who is responsible for that whether it is the city, the province, a business owner, and request access, request change.”

She says some of the improvements in the city she’s seen over the years include the paved trail at Ginter’s Meadow which allows more people to access the park and installation of angled parking at Duchess Park’s accessible playground which is safer for wheelchair users and strollers.

Lamb says an ideal society is one where disability doesn’t mean people have to stop doing things.

“Where people can continue to do the activities they enjoy, whatever they are without having to worry about facilities and getting around the community or even people’s attitudes - They would just be able to continue to live their lives.”

Prince George Brain Injured Group Society to help those with disabilities prepare for wildfires
Dec 4, 2018 7:46 AM

Prince George honours its Citizens of the Year
Dec 11, 2018 4:16 PM
Comments
We welcome your feedback and encourage you to share your thoughts on this story. We ask that you be respectful of others and their points of view, refrain from personal attacks and stay on topic. To learn about our commenting policies and how we moderate, please read our Community Guidelines.